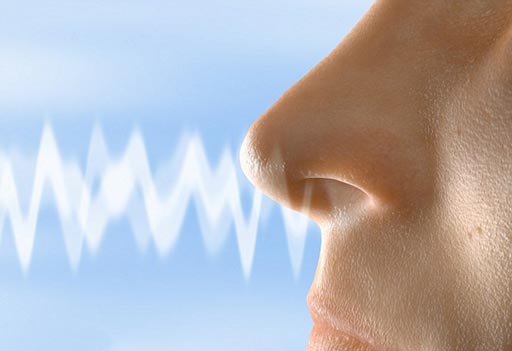 Researchers at Umeå University, Stockholm University, and other institutions conducted a prospective study involving 1,774 adult participants (40-90 years of age) without dementia at baseline to determine whether dementia could explain the known association between poor olfactory performance and mortality risk. The researchers gauged olfactory performance via the Scandinavian odor-identification test (SOIT) and self-reported olfactory function; noted social, cognitive, and medical risk factors at baseline; and followed incident dementia during the following decade.

The results revealed that during the study period, 411 of the participants (23%) died. After controlling for demographic, health-related, and cognitive confounders, each additional correctly identified odor lowered the risk of mortality by 8%. Individuals with chance level results on the SOIT tests (indicating complete olfactory loss) were at a 19% higher risk of death than individuals with normal smell function. The association between SOIT score and mortality was retained after controlling for dementia conversion before death. The study was published on March 22, 2017, in Journal of the American Geriatrics Society.

“The results contribute to the growing evidence that olfactory assessments might provide insights on the aging brain,” said senior author Professor Jonas Olofsson, PhD, of the psychology department at Stockholm University. “Our results were not explained by dementia, which was previously linked to smell loss. Instead, mortality risk was uniquely predicted by smell loss. In our future research, we will try to pinpoint the biological processes that can explain this phenomenon.”

Autopsy studies have linked olfactory loss (anosmia) with the plaques and tangles in the olfactory bulb, entorhinal cortex, and the cornu ammonis regions of the hippocampus. Reduced levels of choline acetyl transferase and dopamine in the olfactory tubercle and other brain regions may also play a role, as well as decreased norepinephrine due to neurodegeneration in the olfactory bulb. Anosmia has been previously linked with cognitive decline, mild cognitive impairment (MCI), and Alzheimer's disease (AD).