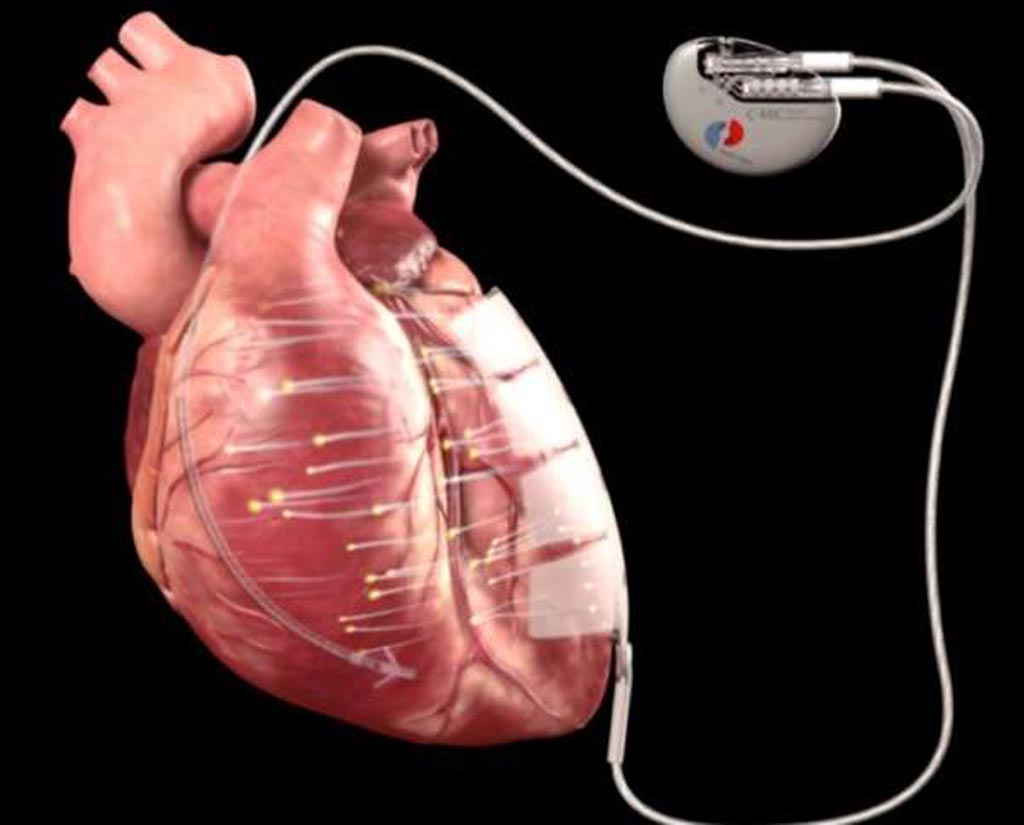 Under development by Berlin Heals (Berlin, Germany), C-MIC cardiac microcurrent therapy is based on an implanted pulse generator that exercises the heart muscle using electricity, thus stimulating it to renew itself. In a minimally invasive procedure, a small microcurrent pulse generator is implanted via two small incisions. Two electrodes exit the pulse generator, one taking the form of an extensive patch on the outside of the heart muscle, while the other is placed inside the left ventricle. The system is designed to stimulate the affected heart muscle, causing it to regenerate.

In a preclinical study at Hannover Medical School (Germany) involving 12 sheep with chronic systolic heart failure, the continuous microcurrent therapy was associated with a strong improvement of left ventricular ejection fraction (LVEF), indicating reversal of cardiac remodeling and reduced myocardial inflammation. A first in human study of the C-MIC device at the Medical University of Vienna (MedUni; Austria) revealed that after three months, the first patient treated showing initial signs of regeneration. The study was published in the April 2019 issue of The Journal of Heart and Lung Transplantation.

“The preliminary findings bring us real hope for cardiomyopathy patients. Microcurrent regeneration could bring us a step closer to the dream of being able to regenerate damaged organs,” said lead author Dominik Wiedemann, MD, of the MedUni division of cardiac surgery. “Particularly in times when donor organs are scarce, it is important to develop new effective treatment techniques to avoid major operations such as heart transplants as much as possible, as well as the subsequent immunosuppression that goes with them."

In dilative cardiomyopathy, the heart muscle becomes pathologically enlarged so that it can no longer contract sufficiently. Current treatments attempt to stabilize such heart failure patients for as long as possible by means of optimized drug treatment or specialized pacemakers. The treatment of last resort for terminal heart failure is a heart transplant or mechanical replacement using a left ventricular assist device (LVAD).