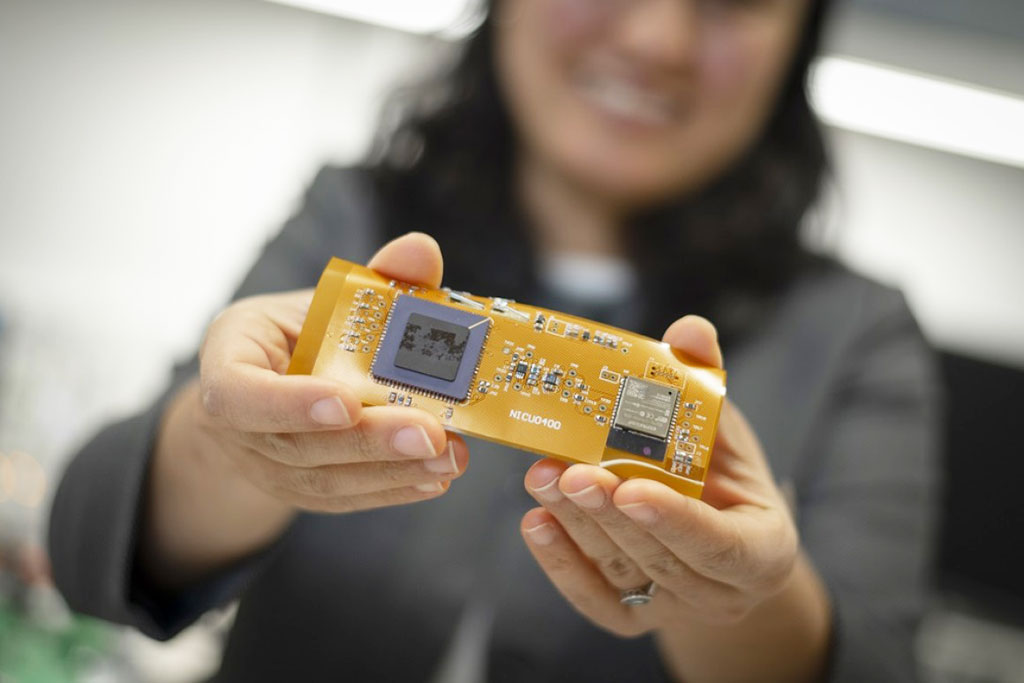 Developed by researchers at Worcester Polytechnic Institute (WPI; MA, USA) and the University of Massachusetts Medical School (UMASS; Worcester, MA, USA), the prototype transcutaneous PaO2 sensing platform is based on a blue light emitting diode (LED) with peak emission wavelength of 450 nm, which excites a Platinum-porpyrin thin film. The re-emitted red light, with peak emission wavelength of 650 nm, is then captured by a photodiode. The monitor connects to the Internet wirelessly, so that an alarm in a doctor's office or on a smartphone app can notify medical personnel and family members if the baby's oxygen level begins to drop.

Typically, measuring oxygen molecule levels transcutaneously involves sensors that generally are hard-wired to a bedside monitor. But unlike the current systems used in hospitals, the miniaturized wearable device will be flexible and stretchable, wireless, inexpensive, and mobile, allowing the child to leave the hospital and be monitored remotely. A study describing the transcutaneous PaO2 sensing platform was presented at the annual Biomedical Circuits and Systems Conference (BioCAS), held during October 2019 in Nara (Japan).

“The concept of the technology is that if we have more accessible data for a person of any age, we'll be able to better take care of these patients,” said Lawrence Rhein, MD, chair of the UMASS department of pediatrics. “The idea of noninvasive, untethered, accessible data collection opens up a whole new world of care, enabling sick, hospitalized babies to be untethered from wired sensors, so they can more easily and frequently be examined, held, and even allowed to go home.”

PaO2, which indicates the amount of oxygen dissolved in the blood, provides vital indication of the lungs' effectiveness, and is a more accurate indicator of respiratory health than the simple oxygen saturation (SpO2) measure, which can be easily taken with a pulse oximetry device gently clamped onto a finger.