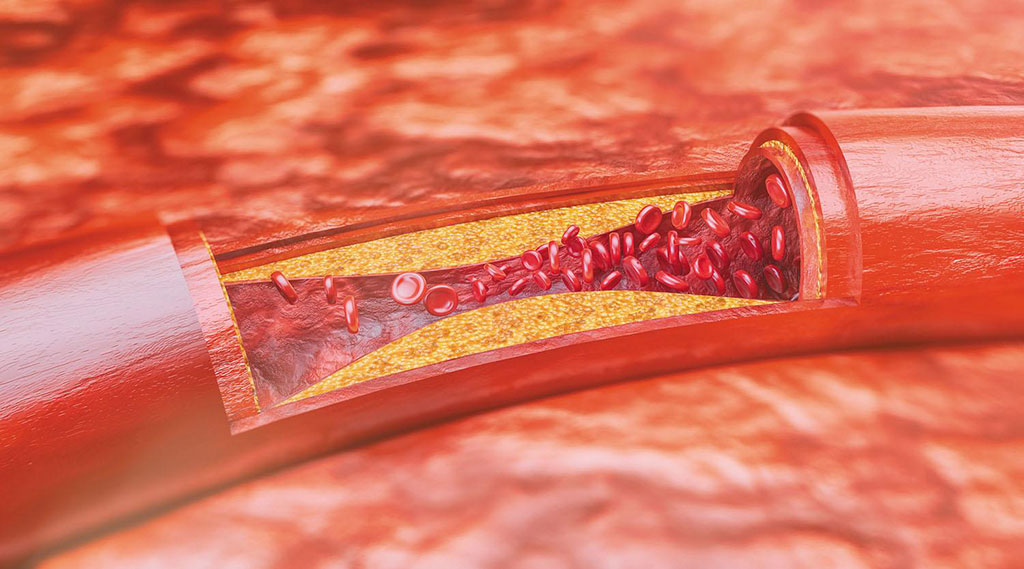 Image: A new therapy can stimulate macrophages to consume plaque debris (Photo courtesy of Getty Images)
A new study shows how carbon nanotubes loaded with a chemical inhibitor can be used to reactivate phagocytosis of apoptotic cells in the necrotic plaque core.

Researchers at Stanford University School of Medicine (SUSM; CA, USA), Michigan State University (MSU; East Lansing, USA), and other institutions have developed a new nanotherapy based on single-walled carbon nanotubes loaded with an inhibitor of the antiphagocytic CD47-SIRPα signaling axis. The macrophage-specific nanotubes accumulate within the atherosclerotic plaque, reactivate lesional phagocytosis and reducing the plaque burden by stimulating macrophages to engulf and eat cellular debris in the plaque core. By reinvigorating the macrophages, plaque size is reduced and stabilized.

In a study of the new nanotherapy in atheroprone apolipoprotein-E-deficient mice, single-cell RNA sequencing analysis revealed that the prophagocytic single-walled carbon nanotubes decrease the expression of inflammatory genes linked to cytokine and chemokine pathways in lesional macrophages. The result is a reduced, stabilized plaque. According to the researchers, the discovery could provide a potential treatment for atherosclerosis, a leading cause of death worldwide. The study was published on January 27, 2020, in Nature Nanotechnology.

“We found we could stimulate the macrophages to selectively eat dead and dying cells that are part of the cause of heart attacks. We could deliver a small molecule inside the macrophages to tell them to begin eating again,” said senior author Bryan Ronain Smith, PhD, of SUSM. “We were able to marry a groundbreaking finding in atherosclerosis by our collaborators with the state-of-the-art selectivity and delivery capabilities of our advanced nanomaterial platform.”