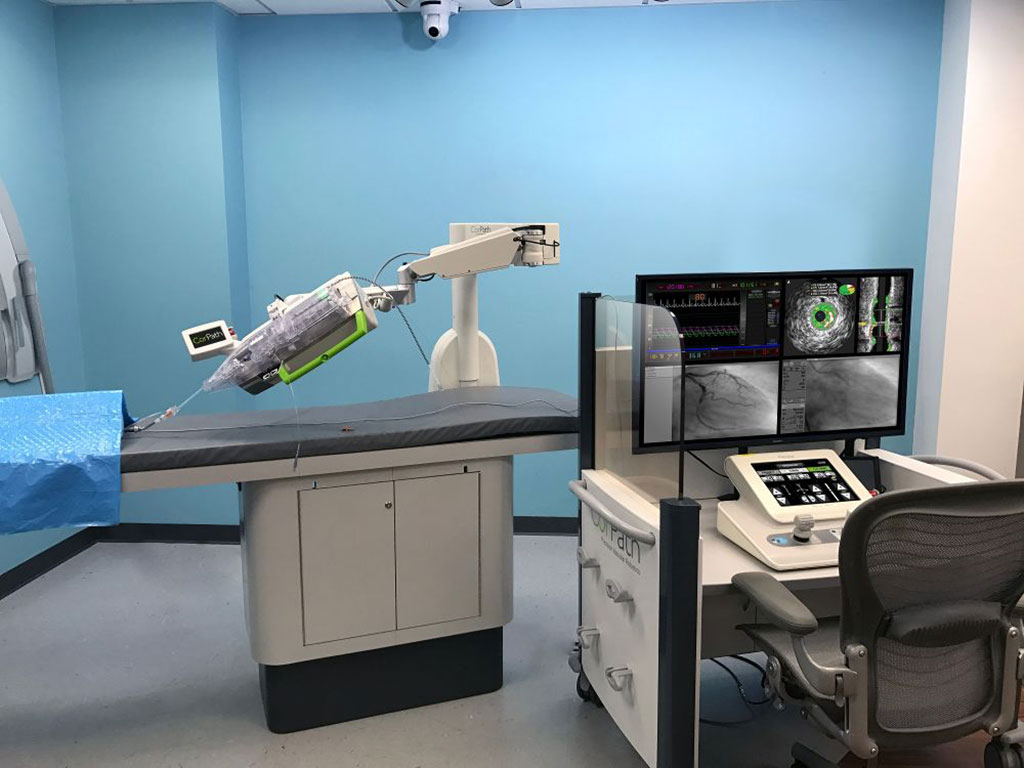 In all, seven patients underwent elective diagnostic cerebral angiography, and three patients underwent carotid artery angioplasty and stenting. All of the procedures were performed successfully, with no complications encountered. Conversion to manual control occurred in three diagnostic cases due to a bovine arch that was previously unrecognized. The fluoroscopy time and the procedure time continued to improve with subsequent procedures as the workflow was streamlined. The study was published on March 1, 2020, in the Journal of NeuroInterventional Surgery.

“Patients living in remote geographic areas have further to travel for stroke intervention, and, often, by time they arrive at a stroke center, it is too late,” said senior author Pascal Jabbour, MD, chief of neurovascular surgery and endovascular neurosurgery at TJU. “These robots would allow us to intervene remotely on those patients. The patient would still be in the community, and I would be sitting here at Jefferson controlling the robot.”

Another advantage of endovascular robots is that physicians who do the procedures regularly will have less exposure to radiation from the X-ray fluoroscopy, as they can operate the robot from a separate room outside of the surgical suite. Eliminating exposure to radiation would also allow surgeons to forgo wearing heavy personal protective equipment, such as lead aprons, that is typically needed during these procedures.