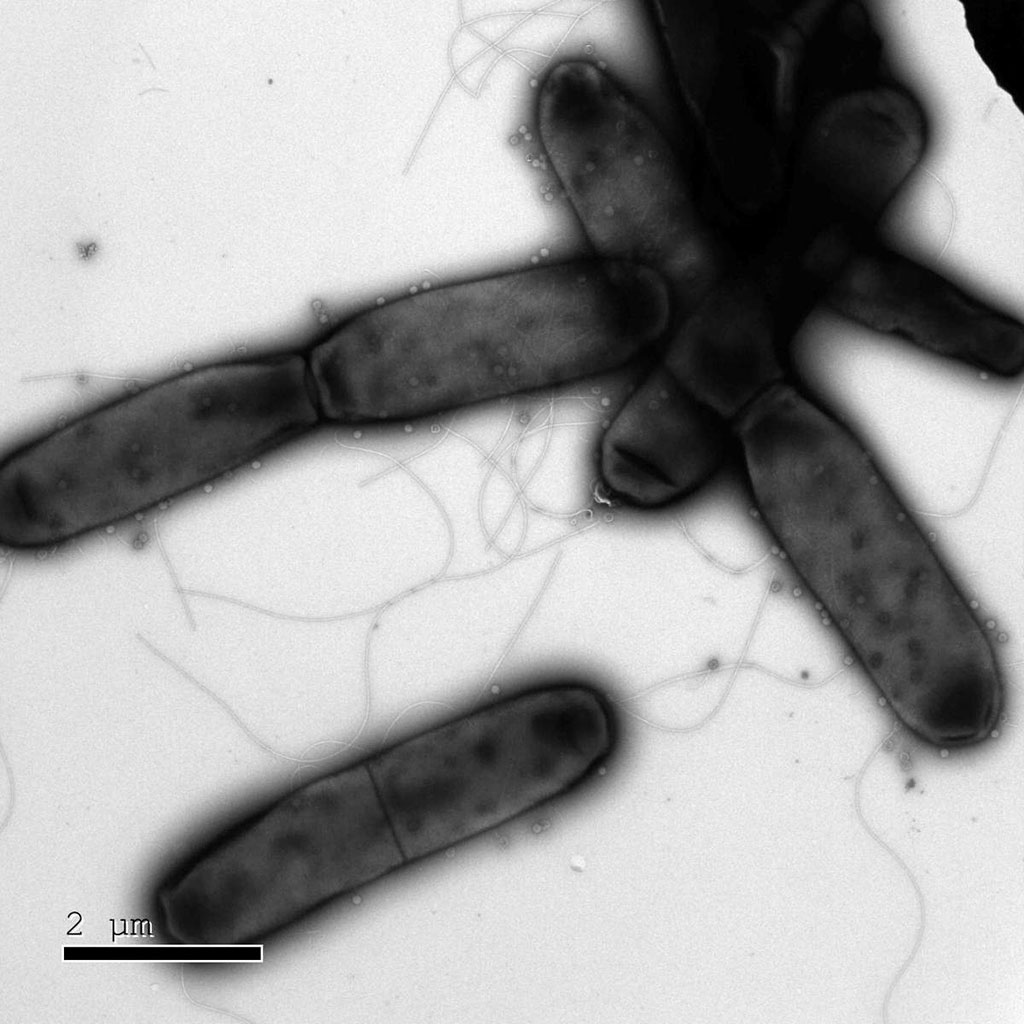 Image: The viperins in bacteria have evolved to fight a variety of viruses (Photo courtesy of Weizmann Institute of Science)
Virus-fighting viperins, part of the human immune system, which were previously known to exist only in mammals, have now been found in bacteria that could lead to the development of highly effective antiviral drugs for the treatment of COVID-19.

A group of scientists at the Molecular Genetics Department at the Weizmann Institute of Science (Rehovot, Israel) has uncovered a gold mine of antiviral substances made by virus-fighting enzymes known as viperins. The molecules produced by the bacterial viperins are currently undergoing testing against human viruses such as the influenza virus and COVID-19.

Earlier studies conducted by the group as well as other scientists have revealed that bacteria have highly sophisticated immune systems, despite their microscopic size. In particular, they are equipped to fight off phages - viruses that infect bacteria. These differ from the kind that infect humans in their choice of targets, but they all consist of genetic material - DNA or RNA - that hijacks parts of the host’s replication machinery to make copies of themselves and spread.

The group of scientists have now found that some of these bacterial immune responses suggest evolutionary links to our own immune systems, and the present study in their lab shows the strongest evidence yet: They discovered that viperin antiviral enzymes - whose function in the human immune system was understood only two years ago - play a role in the immune system of bacteria.

In humans, viperin belongs to the innate immune system, the oldest part of the immune system in terms of evolution. It is produced when a signaling substance called interferon alerts the immune system to the presence of pathogenic viruses. The viperin then releases a special molecule that is able to act against a broad range of viruses with one simple rule: The molecule “mimics” nucleotides, bits of genetic material needed to replicate their genomes. But the viperin molecule is fake: It is missing a vital piece that enables the next nucleotide in the growing strand to attach. Once the faux-nucleotide is inserted into the replicating viral genome, replication comes to a halt and the virus dies.

This simplicity and broad action against many different viruses suggested viperins had been around for some time, but could they go back as far as our common ancestors with bacteria? The group used techniques that had been developed in their lab to detect bacterial sequences encoding possible viperins. They then showed that these viperins did, indeed, protect bacteria against phage infection. Based on the genetic sequences, the team was able to trace the evolutionary history of viperins. If the bacterial viperins prove effective against human viruses, then it may pave the way for the discovery of further molecules generated by bacterial immune systems that could be adopted as antiviral drugs for human diseases. Further studies are underway to determine which of the bacterial viperins could be best adapted to fighting human viruses, including, of course, COVID-19.

“As we did decades ago with antibiotics - antibacterial substances that were first discovered in fungi and bacteria - we might learn how to identify and adopt the antiviral strategies of organisms that have been fighting infection for hundreds of millions of years,” said Prof. Rotem Sorek from the Institute’s Molecular Genetics Department.