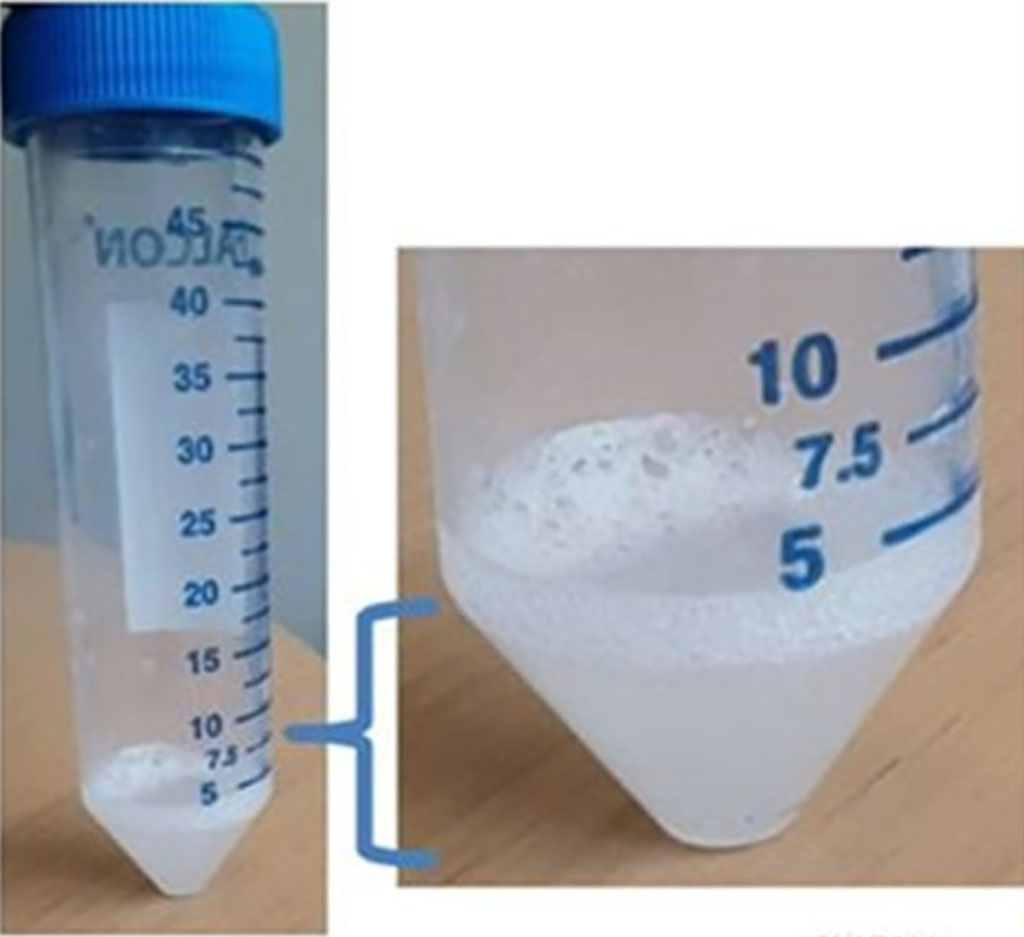 Image: Instructions given to individuals when collecting their saliva sample (Photo courtesy of Memorial Sloan Kettering Cancer Center)
The use of self-collected saliva for diagnosing COVID-19 can minimize healthcare worker exposure and expand testing capabilities for symptomatic and asymptomatic patients, according to a new study.

Researchers at Memorial Sloan Kettering Cancer Center (MSK; New York, NY, USA) have found that SARS-CoV-2 genetic material can be reliably detected in self-collected saliva samples at a rate similar to that of nasopharyngeal and oropharyngeal swabs. The rate of detection using saliva samples was similar across different testing platforms, and saliva samples remained stable for up to 24 hours when stored with ice packs or at room temperature, according to their study. Oral rinses, which have been suggested as another alternative to nasal swab collection, did not reliably diagnose COVID-19.

The agreement between the saliva test and the oropharyngeal swab was 93%, with a sensitivity of 96.7%. In comparison with the nasopharyngeal swab, the agreement of the saliva test was 97.7%, with a sensitivity of 94.1%. Oral rinses were only 63% effective in detecting the virus, with an overall agreement with nasopharyngeal swab of only 85.7%. To test for stability, saliva samples and nasopharyngeal samples with a range of viral loads were stored in a transport cooler at 4° C or at room temperature. No significant difference in virus concentration was detected in any samples at the time of collection, eight hours later, and 24 hours later. These results were validated on two commercial SARS-CoV-2 PCR platforms, and overall agreement between the different testing platforms was over 90%.

“The current pandemic has placed a significant strain on the supply chain, from swabs to the personal protective equipment (PPE) healthcare workers need to safely collect samples,” explained lead investigator Esther Babady, PhD, D(ABMM), FIDSA, Director of the Clinical Microbiology Service at Memorial Sloan Kettering Cancer Center, New York, NY, USA. “The use of self-collected saliva has the potential to minimize healthcare worker exposure and decrease the need for specialized collection devices, such as swabs and viral transport media.”

Dr. Babady noted that validation of sample self-collection methods holds great promise for broad testing strategies that would mitigate infection risk and PPE resource utilization. “The current ‘test, track, and trace’ public health approach to surveillance relies heavily on testing for both diagnosis and surveillance,” she stated. “The use of self-collected saliva provides a cheaper and less invasive option for viable sample collection. It’s certainly easier to spit in a cup twice a week than undergoing frequent nasopharyngeal swabs. This can improve patient compliance and satisfaction particularly for surveillance testing, which requires frequent sample collection. Since we also showed that the virus was stable at room temperature for at least 24 hours, saliva collection has potential for use at home.”