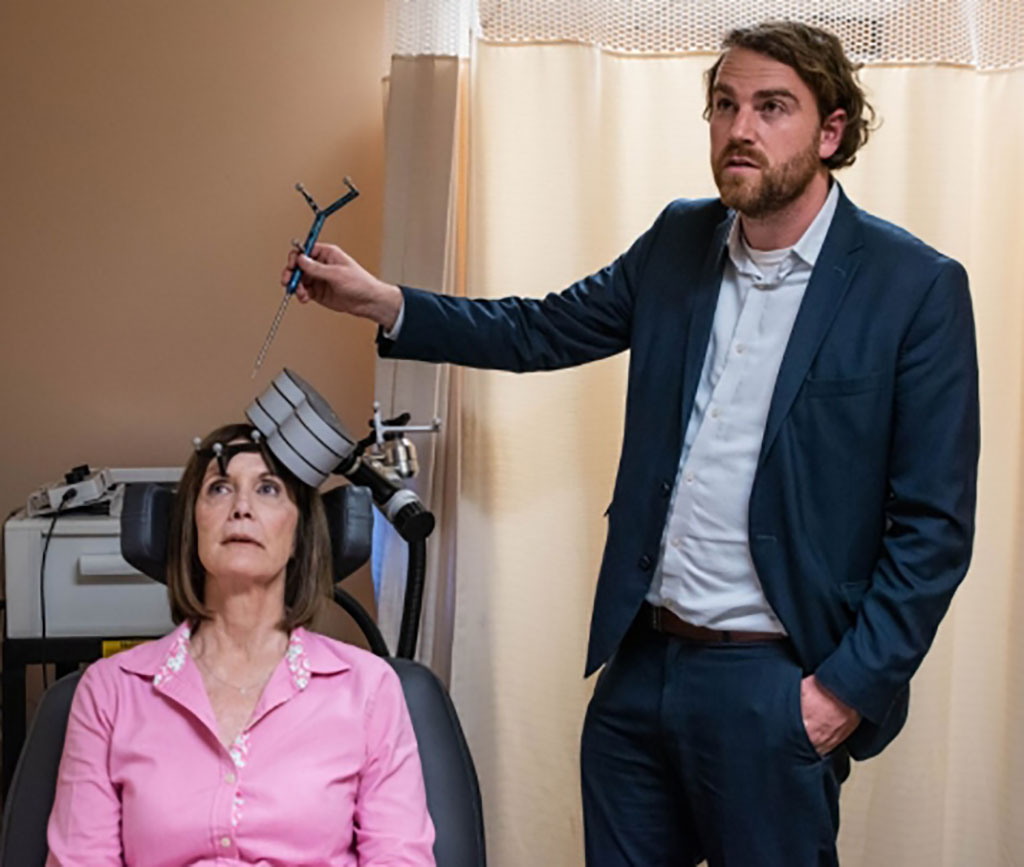 High doses of magnetic brain stimulation, given on an accelerated timeline and individually targeted, can cause remission in people with severe depression.

In a study conducted at the Stanford University School of Medicine (Stanford, CA, USA), a new type of magnetic brain stimulation brought rapid remission to almost 80% of participants with severe depression. The treatment, known as Stanford accelerated intelligent neuromodulation therapy (SAINT) or simply Stanford neuromodulation therapy, is an intensive, individualized form of transcranial magnetic stimulation. In the study, remission typically occurred within days and lasted months. The only side effects were temporary fatigue and headaches.

The transcranial magnetic stimulation treatment currently approved by the Food and Drug Administration requires six weeks of once-daily sessions. Only about half of patients who undergo the treatment improve, and only about a third experience remission from depression. SAINT advances that treatment by targeting the magnetic pulses according to each patient’s neurocircuitry and providing a greater number of pulses at a faster pace. In the study, the researchers first used MRI to locate the best location to target within each participant’s dorsolateral prefrontal cortex, which regulates executive functions, such as problem solving and inhibiting unwanted responses. They applied the stimulation in a subregion that has the strongest relationship with the subgenual cingulate, a part of the brain that is overactive in people experiencing depression. The transcranial magnetic stimulation strengthens the connection between the two regions, facilitating dorsolateral prefrontal cortex control of the activity in the subgenual cingulate.

The researchers also used 1,800 pulses per session instead of 600. (The larger amount has been used safely in other forms of brain stimulation for neurological disorders such as Parkinson’s disease.) And instead of providing one treatment a day, they gave participants 10 10-minute treatments, with 50-minute breaks in between. For the control group, the researchers disguised the treatment with a magnetic coil that mimicked the experience of the magnetic pulse; both the control and active treatment groups wore noise-canceling earphones and received a topical ointment to dull sensation. Neither the researcher administering the procedure nor the participant knew whether the participant was receiving real treatment.

Within four weeks after treatment, 12 of the 14 participants who had received the treatment improved, and 11 of them met FDA criteria for remission. In contrast, only two of the 15 participants who had received the placebo met the criteria for remission. Because the study participants typically felt better within days of starting SAINT, the researchers are hoping it can be used to quickly treat patients who are at a crisis point. Patients who start taking medication for depression typically don’t experience any reduction of symptoms for a month.

“It works well, it works quickly and it’s noninvasive,” said Nolan Williams, MD, an assistant professor of psychiatry and behavioral sciences. “It could be a game changer.”

“It’s quite a dramatic effect, and it’s quite sustained,” added Alan Schatzberg, MD, the Kenneth T. Norris, Jr. Professor in Psychiatry and Behavioral Sciences, who was co-author of the study.