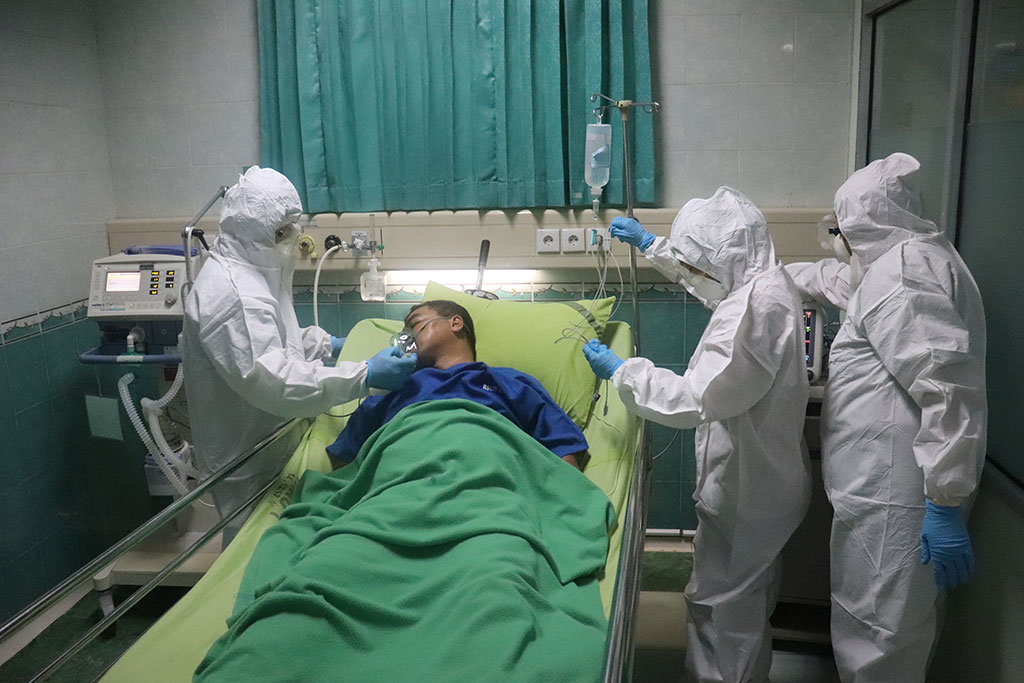 Scientists have developed and validated an algorithm that can help healthcare professionals identify who is most at risk of dying from COVID-19 when admitted to a hospital. The tool, which uses artificial intelligence (AI), could help doctors direct critical care resources to those who need them most, and will be especially valuable to resource-limited countries.

To develop the tool, an international team led by the University of Vienna (Vienna, Austria) used biochemical data from routine blood draws performed on nearly 30,000 patients hospitalised in over 150 hospitals in Spain, the US, Honduras, Bolivia and Argentina between March 2020 and February 2022. This means they were able to capture data from people with different immune statuses - vaccinated, unvaccinated and those with natural immunity - and from people infected with every SARS-CoV-2 variant, from the virus that emerged in Wuhan, China, to the latest Omicron variant.

The resulting algorithm - called COVID-19 Disease Outcome Predictor (CODOP) - uses measurements of 12 blood molecules that are normally collected during admission. This means the predictive tool can be easily integrated into the clinical care of any hospital. CODOP was developed in a multistep process, initially using data from patients hospitalized in more than 120 hospitals in Spain, to ‘train’ the AI system to predict hallmarks of a poor prognosis. The next step was to ensure the tool worked regardless of patients’ immune status or COVID-19 variant, so they tested the algorithm in several subgroups of geographically dispersed patients. The tool still performed well at predicting the risk of in-hospital death during this fluctuating scenario of the pandemic, suggesting the measurements CODOP is based on are truly meaningful biomarkers of whether a patient with COVID-19 is likely to deteriorate.

To test whether the time of taking blood tests affects the tool’s performance, the team compared data from different time points of blood drawn before patients either recovered or died. They found that the algorithm can predict the survival or death of hospitalized patients with high accuracy until nine days before either outcome occurs. Finally, they created two different versions of the tool for use in scenarios where healthcare resources are either operating normally or are under severe pressure. Under normal operational burden, doctors may opt to use an ‘overtriage’ version, which is highly sensitive at picking up people at increased risk of death, at the expense of detecting some people who did not require critical care. The alternative ‘undertriage’ model minimizes the possibility of wrongly selecting people at lower risk of dying, providing doctors with greater certainty that they are directing care to those at the highest risk when resources are severely limited.

“The performance of CODOP in diverse and geographically dispersed patient groups and the ease of use suggest it could be a valuable tool in the clinic, especially in resource-limited countries,” said the leader of this international project and senior author David Gómez-Varela, former Max Planck Group Leader and current Senior Scientist at the Division of Pharmacology and Toxicology, University of Vienna. “We are now working on a follow-up dual model tailored to the current pandemic scenario of increasing infections and cumulative immune protection, which will predict the need for hospitalization within 24 hours for patients within primary care, and intensive care admission within 48 hours for those already hospitalized. We hope to help healthcare systems restore previous standards of routine care before the pandemic took hold.”