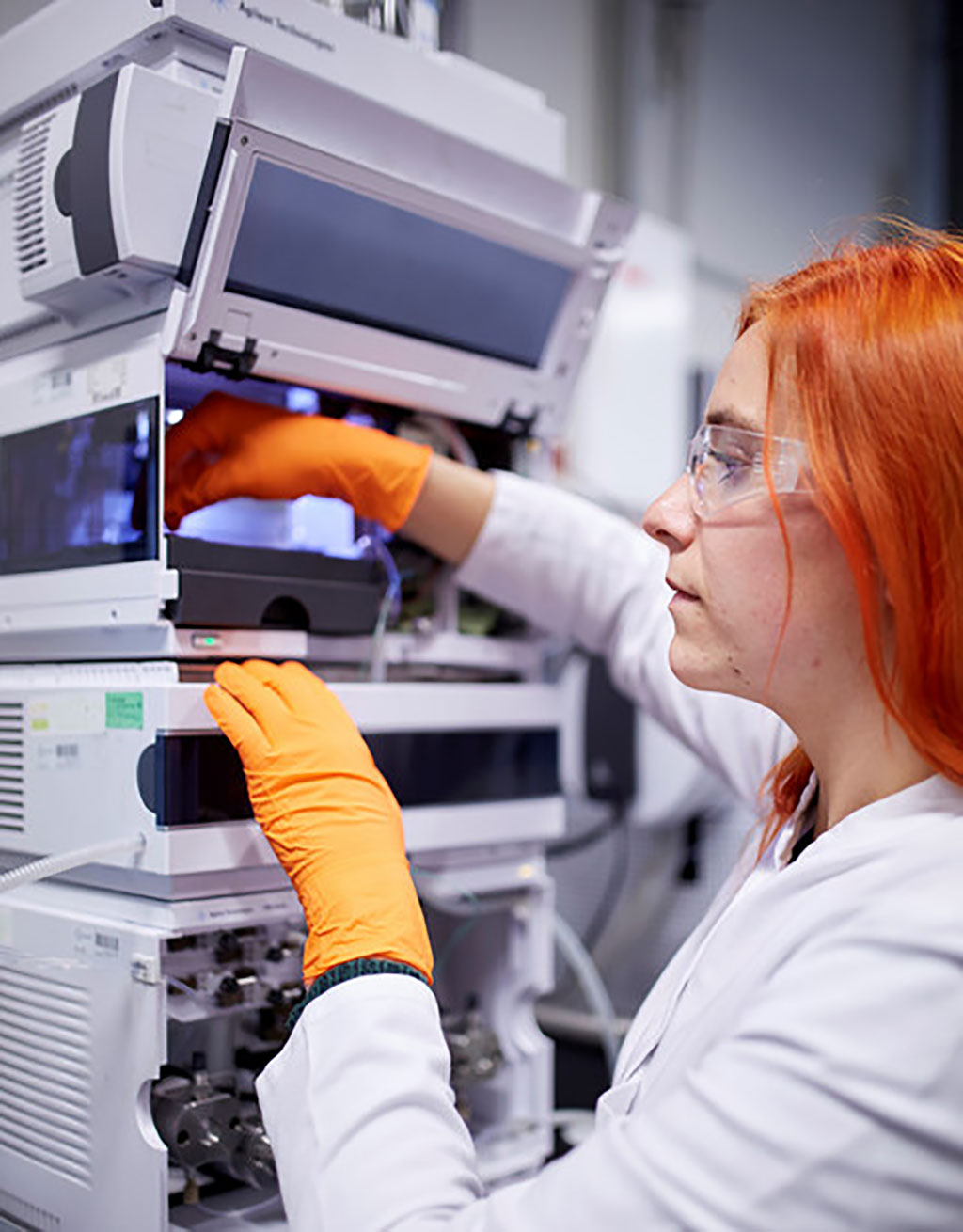 Image: The new Scanning SWATH technology renders mass spectrometry significantly more time- and cost-effective than before (Photo courtesy of Arne Sattler/Charité)
Researchers have developed a mass spectrometry-based technique that is capable of measuring samples containing thousands of proteins within just a few minutes and enables ultrafast identification of COVID-19 biomarkers.

The technique which is faster and cheaper than a conventional blood count was developed by researchers from Charité – Universitätsmedizin Berlin (Berlin, Germany) and the Francis Crick Institute (London, UK) who also demonstrates its potential by using blood plasma collected from COVID-19 patients. Using the new technology, they identified 11 previously unknown proteins which are markers of disease severity.

Thousands of proteins are active inside the human body at any given time, providing its structure and enabling reactions which are essential to life. The body raises and lowers the activity levels of specific proteins as required, including when responding to external factors such as pathogens and drugs. The detailed patterns of the proteins found inside cells, tissues and blood samples can therefore help researchers to better understand diseases or make diagnoses and prognoses. In order to obtain this ‘protein fingerprint’, researchers use mass spectrometry, a technology known to be both time-consuming and cost-intensive.

‘Scanning SWATH’, a new mass-spectrometry-based technology, promises to change this. The technology, which is much faster and cost-effective than previous methods, enables researchers to measure several hundred samples per day. The high-throughput technology has a broad range of potential applications, ranging from basic research and large-scale drug development to the identification of biological markers (biomarkers), which can be used to estimate an individual patient’s risk.

The technology’s suitability for the latter was demonstrated by the researchers’ study on COVID-19. As part of this research, the team analyzed blood plasma samples from 30 patients with COVID-19 of varying degrees of disease severity, comparing the protein patterns obtained with those of 15 healthy individuals. The actual measurements conducted on individual samples only took a few minutes. The researchers were able to identify a total of 54 proteins whose serum levels varied according to the severity of COVID-19. While 43 of these proteins had already been linked to disease severity during earlier studies, no such relationship had been established for 11 of the proteins identified. Several of the previously unknown proteins associated with COVID-19 are involved in the body’s immune response to pathogens which increases clotting tendency. The researchers believe that that mass spectrometry-based investigations of the blood could one day complement conventional blood count profiles.

“In the shortest of timeframes, we discovered protein fingerprints in blood samples which we are now able to use to categorize COVID-19 patients according to severity of disease,” said one of the study’s lead authors, Dr. Christoph Messner, who is a researcher at Charité’s Institute of Biochemistry and the Francis Crick Institute. “This type of objective assessment can be extremely valuable, as patients will occasionally underestimate the severity of their disease. However, in order to be able to use mass spectrometry analysis for the routine categorization of COVID-19 patients, this technology will need to be refined further and turned into a diagnostic test. It may also become possible to use rapid protein pattern analysis to predict the likely course of a case of COVID-19. While the initial findings we have collected are promising, further studies will be needed before this can be used in routine practice.”