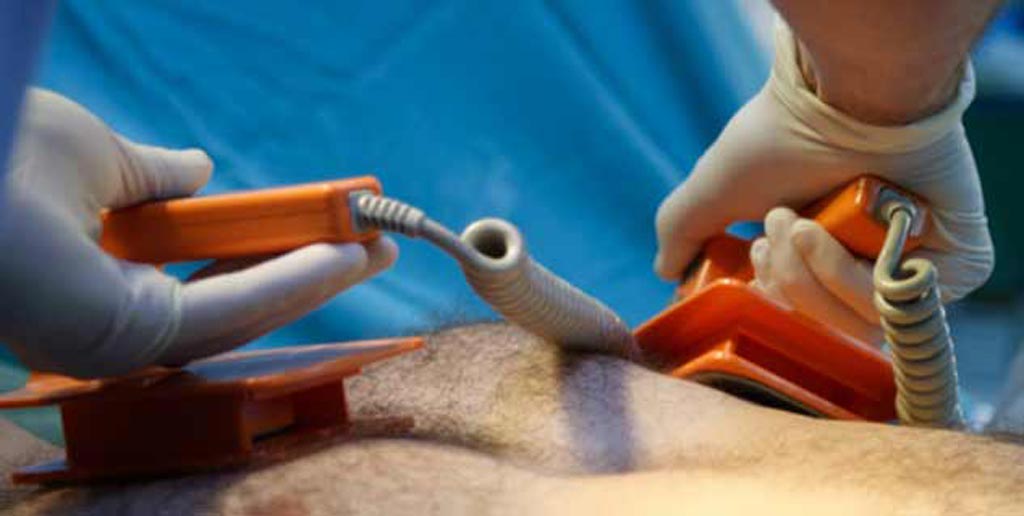 Researchers at the University of Alberta (Edmonton, Canada), the University of British Columbia (UBC; Vancouver, Canada), and other institutions conducted a study involving 84 patients (18-75 years of age) with uncomplicated symptomatic AF of less than 48 hours. The patients were randomized to either chemical cardioversion with procainamide infusion, followed by electrical countershock if unsuccessful; or to electrical cardioversion, followed by procainamide infusion if unsuccessful. The primary outcome was the proportion of patients discharged within four hours of arrival.

“While both chemical‐first and electrical‐first cardioversion of uncomplicated AF appear very low risk, we sought to determine if one strategy resulted in the achievement of sinus rhythm and resulting discharge more quickly,” concluded lead author Frank Scheuermeyer, MD, MHSc, of UBC, and colleagues. “An electrical‐first strategy results in a significantly shorter ED LOS. This could benefit patients by restoring normal physiology more quickly to minimize ED resource use.”

The 2011 Canadian Cardiovascular Society (CCS) guidelines permit either rate or rhythm control for AF dysrhythmia patients encountered in the ED; the majority of patients undergo rhythm control, with one of two strategies employed. Chemical cardioversion can be attempted first, typically with procainamide infusion; if this approach restores sinus rhythm, the patient is discharged. If unsuccessful, procedural sedation and electrical countershock are administered. Alternatively, the sequence can be reversed.