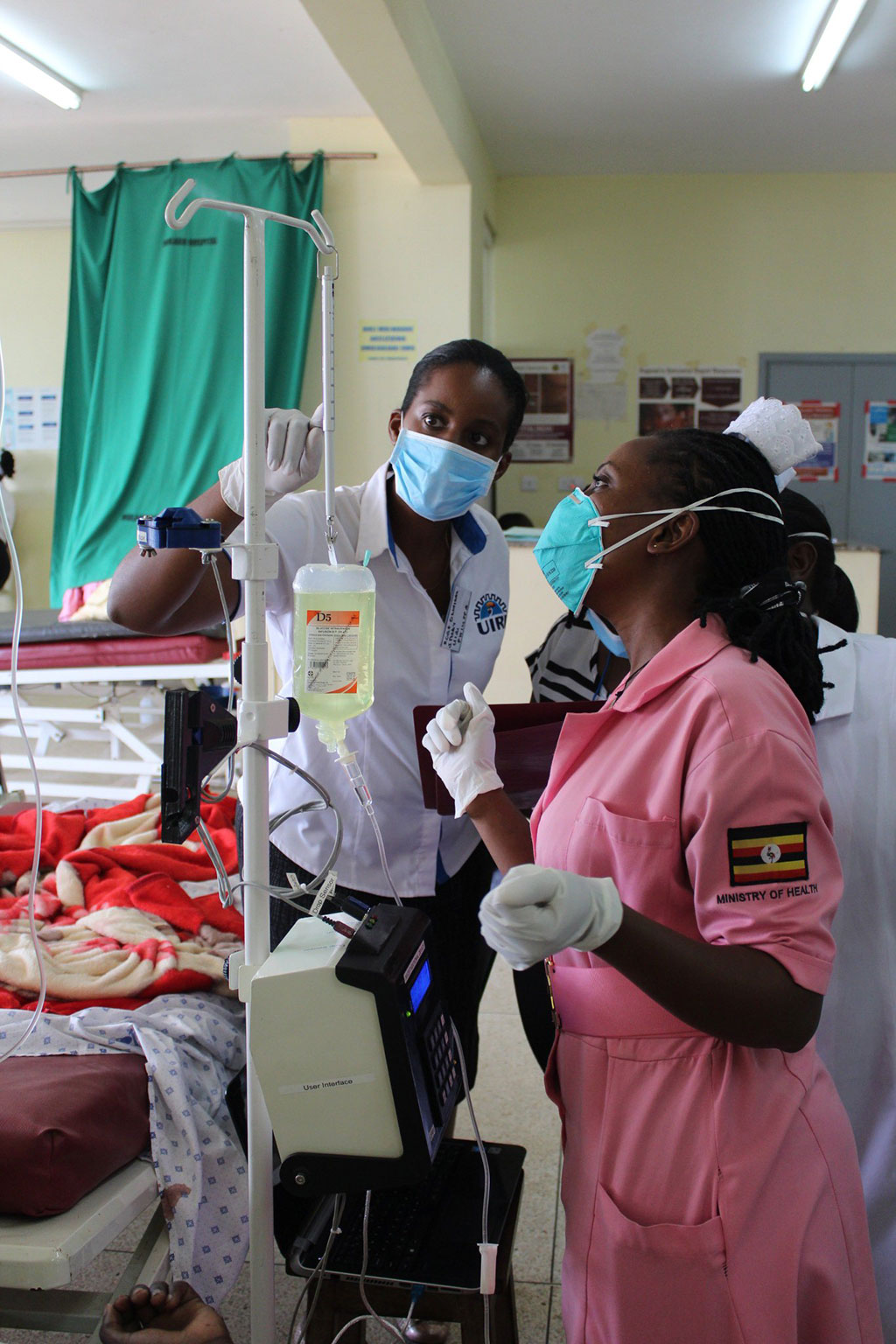 The ECGF-IS, under development at Fraunhofer-Gesellschaft (Munich, Germany) institute, in collaboration with the Uganda Industrial Research Institute (UIRI; Kampala), is designed to close the gap between uncontrolled gravity-feed IV infusion and the highly precise, but extremely expensive, infusion pumps used in industrialized countries. The new system includes a drip sensor that automatically counts the number of drops of IV fluid. The roller clamp--normally found in IV sets--has been replaced by an actuator that blocks the infusion tube so that the device only administers the number of drops that are actually required to treat the patient.

The battery-powered ECGF-IS device also ensures the drip rate remains constant, while allowing it to be readjusted where necessary. A major advantage is the fact that hospitals can simply attach the new drip sensor system to their existing IV bags and tubes and continue using them. The physician can adjust all the settings via the display screen. Two clinical studies examining the safety and effectiveness of the device demonstrated a significantly more accurate flow rate than a conventional IV set used to treat a control group. A solar-powered charging station is under development for use in rural areas.

“Infusion pumps are complex to operate and costly to maintain. With spare parts often hard to obtain, they are of limited use for clinical settings in Uganda, which can sometimes be very far from ideal,” said engineer Tobias Behr, of Fraunhofer-Gesellschaft. “They are also poorly equipped to deal with varying power outages and cannot be used in areas that have no access to electricity. The results of the two studies were so promising that we’re already working on an optimization of the prototype.”

Gravity-feed infusion works by delivering fluid containing minerals, nutrients, and medications from an elevated IV bag to the patient, unlike infusion pumps that allow for much more accurate dosing of the therapeutic agent because they continuously regulate flow rate. This is not possible with gravity-feed infusion sets, which require manual adjustment using a roller clamp on the tube below the IV bag. This is often neglected due to insufficient staff. In the worst case scenario, incorrect dosing can be fatal for the patient.