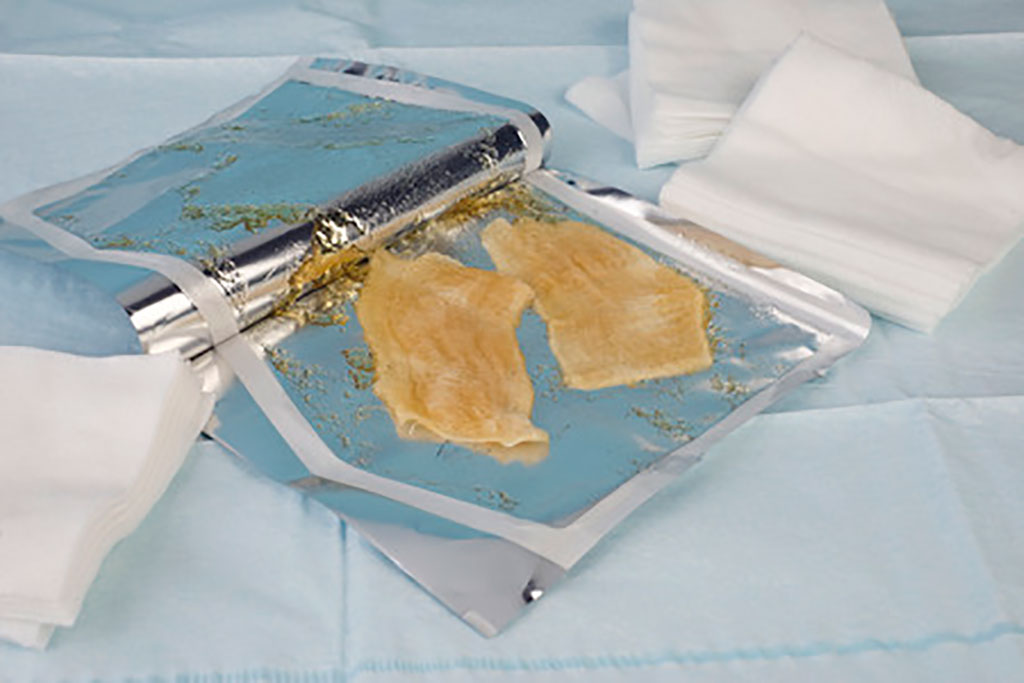 Image: An example of a hydrogel wound dressing (Photo courtesy of 123rf.com)
A new review suggests that hydrogel dressings, which are antibacterial, biodegradable, responsive, and injectable, can help heal wounds faster and better than current options.

Researchers at the Southern University of Science and Technology (SUSTech; Shenzhen, China) undertook an exhaustive review of current commercial hydrogel dressing, as compared to standard options. Hydrogels are prepared using different cross-linking strategies to form a three dimensional (3D) network composed of hydrophilic polymers that absorb and swell in water. The main hydrogels are classified as either polysaccharide-based, which are biocompatible, biodegradable, and nontoxic, and synthetic polymer-based hydrogels, which are more easily modified and have better mechanical strength.

When used as a wound dressing, the hydrogels not only form a physical barrier and remove excess exudate, but also provide a moisture environment that promotes the wound healing process. Hydrogels also fill irregularly shaped wounds and deal with deep bleeding efficiently. The main disadvantage of hydrogels is their poor mechanical strength, which limits their application in the treatment of massive bleeding, such as arterial ruptures, since they cannot provide effective protection for the wound to prevent secondary damage. The review was published on February 16, 2021, in APL Bioengineering.

“While bandages and gauzes are effective in controlling hemorrhage, they are not biodegradable and are susceptible to infection and unsuitable for irregularly shaped wounds,” said senior author Decheng Wu, PhD, of the department of biomedical engineering. “Hydrogels are a kind of superior material. In my opinion, high-performance hydrogels also have potential in the field of tissue engineering to replace some tissues that can self-heal and regenerate, such as annulus fibrosus, meniscus, and cornea.”

Hydrogels are polymeric materials capable of holding large amounts of water (up to 80% for amorphous gels, 90% for sheet gels) in a 3D construct. Their ability to absorb water is due to hydrophilic functional groups attached to the polymeric backbone, while their resistance to dissolution arises from cross-links between the network chains. Many materials, both natural and synthetic, fit the definition of hydrogels.

Southern University of Science and Technology