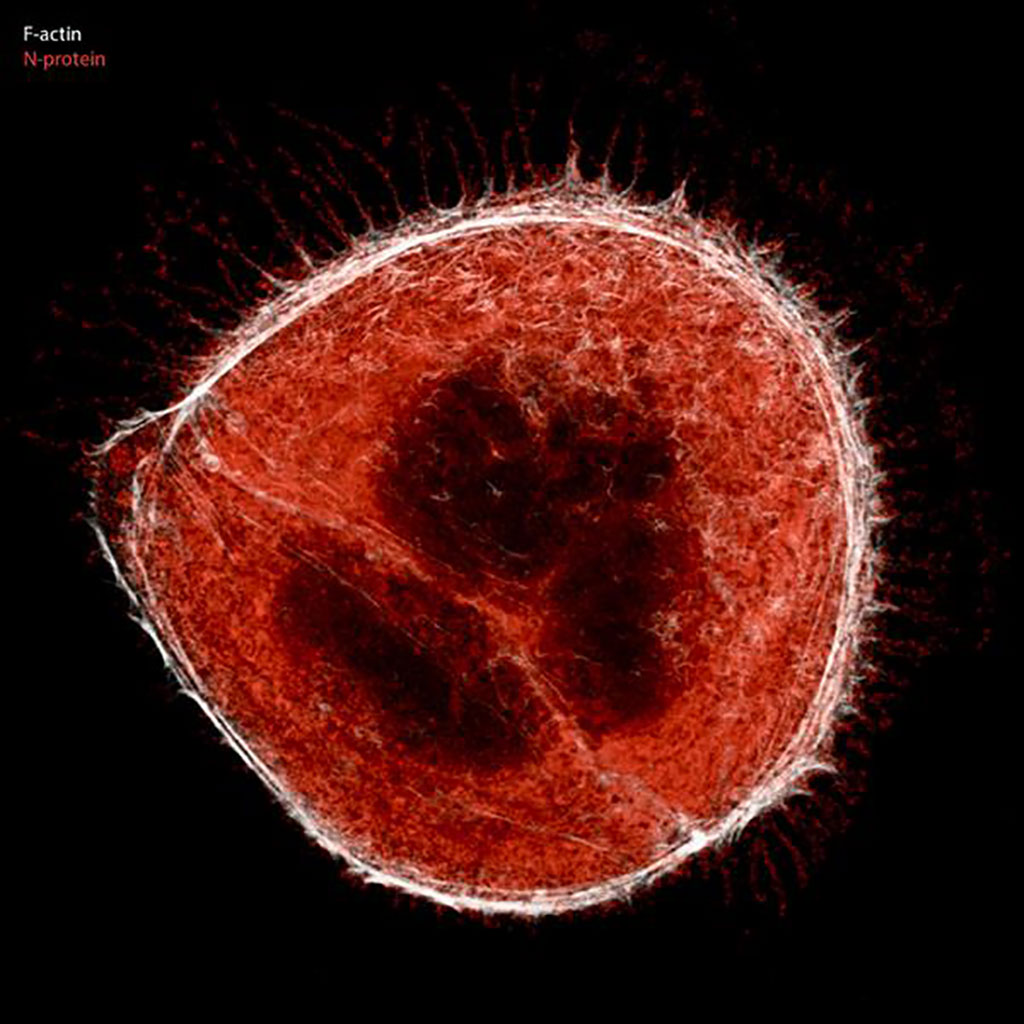 The quantitative study was conducted by an international team of researchers and builds upon a previously published novel “blueprint” of the 332 human proteins that interact with 27 SARS-CoV-2 viral proteins. In an extension of the blueprint, the scientists evaluated all human proteins that exhibited changes in phosphorylation. Phosphorylation, the addition of a phosphoryl group to a protein by an enzyme class called kinases, plays a pivotal role in the regulation of most cell processes including the production of the cytoskeleton, protein function, cell-to-cell communication, cell growth and cell death. The scientists the overlaid this new phosphorylation information onto the interactive version of the previously published protein-protein interaction map.

The team determined that 40 of the 332 human proteins that interact with SARS-CoV-2 were significantly differentially phosphorylated in cells infected with SARS-CoV-2. In addition, they identified 49 human kinases, out of a total of 518, that showed changes, either upregulation or downregulation of phosphorylation activity. The most strongly hijacked kinases include casein kinase II (CK2), kinases within the p38/MAP kinase (p38/MAPK) pathway, cyclin-dependent kinases (CDKs) and phosphatidylinositol 5-kinase (PIKFYVE), all of which fall within a set of cell signaling pathways. Because kinases possess certain structural features, they are very druggable targets with more than 500 compounds commercially available or in development.

The team triangulated changes in phosphorylation to specific protein kinase targets and identified 87 US FDA-approved drugs and compounds in clinical trials or development. Based on an initial systematic review of these compounds, the researchers identified seven agents, primarily anti-cancer and anti-inflammatory compounds, that demonstrated antiviral activity in laboratory experiments: silmitasertib, gilteritnib, MAPK13-IN-1, SB203580, ralimetinib, apilimod and dinaciclib.

Interestingly, while studying the impact of SARS-CoV-2 on CK2, high resolution imaging of virally infected cells, the researchers found actin-rich filopodia containing viral proteins. Human CK2 and the viral N protein were found co-localized within the filopodia, suggesting that SARS-CoV-2 hijacks CK2 and co-opts it into creating these tentacle-like protrusions that poke holes in their neighboring cells. Conversely, other viruses including vaccinia, Ebola and Marburg take over the host cell cytoskeleton to promote egress and rapid cell-to-cell spread. However, in SARS-CoV-2 infected cells, the filopodia exhibit longer tentacles and branches, enabling more aggressive transmission than some other viral infections.

“The distinct visualization of the extensive branching of the filopodia once again elucidates how understanding the biology of virus-host interaction can illuminate possible points of intervention in the disease,” said Nevan Krogan, Ph.D., director of the Quantitative Biosciences Institute (QBI) at the School of Pharmacy at UC San Francisco, senior investigator at Gladstone Institutes, and lead investigator of the study. “Our data driven approach for drug discovery has identified a new set of drugs that have great potential to fight COVID-19, either by themselves or in combination with other drugs, and we are excited to see if they will help end this pandemic.”