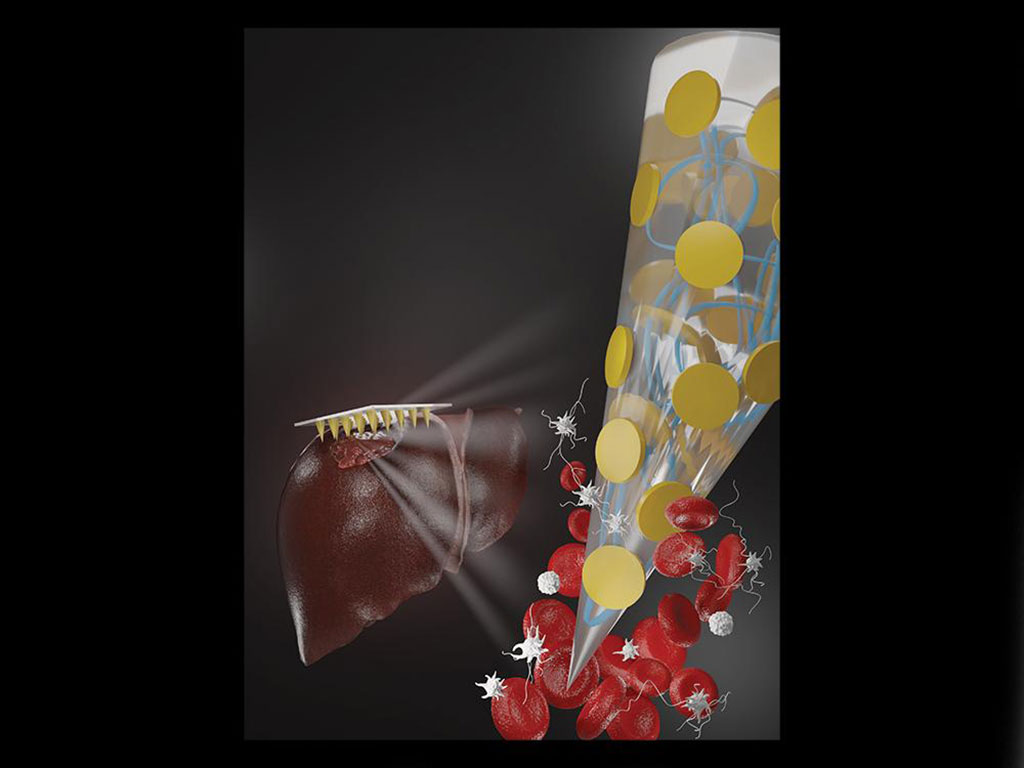 Secondary, uncontrolled bleeding from traumatic injury is a leading cause of death. That could now change with a novel microneedle patch that is capable of immediately stopping bleeding after injury.

The hemostatic microneedle technology developed by researchers at Penn State (University Park, PA, USA) can be applied like a typical adhesive bandage to quickly stop bleeding. The biocompatible and biodegradable microneedle arrays (MNAs) on the patch increase its surface contact with blood and accelerate the clotting process. The needles also increase the adhesive properties of the patch through mechanical interlocking to promote wound closure.

The MNA patch is similar to the hydrogel technology currently used to treat bleeding wounds in hospitals, although hydrogel applications need preparation and medical expertise. In contrast, the microneedle patch is pre-engineered for immediate application so that it can be used by anyone to stop bleeding, similar to an adhesive bandage that is available over-the-counter. Microneedles are already being used to deliver biologics, such as cells or drugs, through the skin or for cosmetic procedures to stimulate collagen production. They are tiny, making their application pain-free. The researchers now plan to bring the patch from the lab to the market by further testing the technology.

“Excessive bleeding is a serious challenge for human health. With hemorrhaging injuries, it is often the loss of blood - not the injury itself - that causes death. There is an unmet medical need for ready-to-use biomaterials that promote rapid blood coagulation,” said Amir Sheikhi, assistant professor of chemical engineering and of biomedical engineering at Penn State. “In vitro, the engineered MNAs reduced clotting time from 11.5 minutes to 1.3 minutes; and in a rat liver bleeding model, they reduced bleeding by more than 90%. Those 10 minutes could be the difference between life and death.”