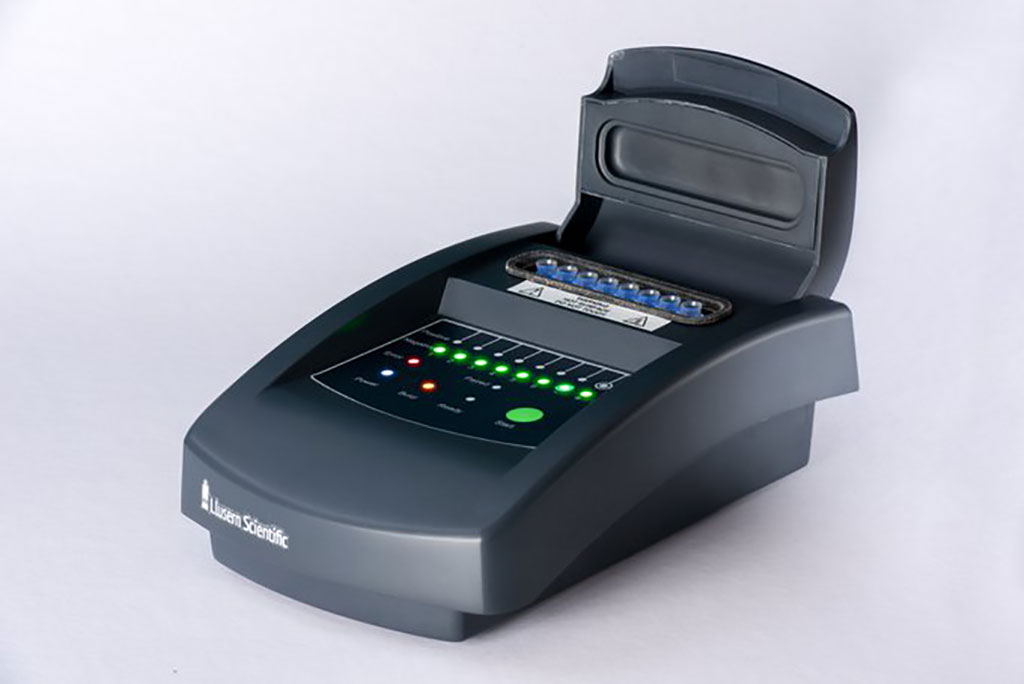 Despite being one of the most common types of infection Urinary Tract Infections (UTIs) are a comparatively neglected area of medicine. There are no highly accurate diagnostic tools available for point-of-care testing. Currently, the gold standard for UTI diagnosis is to use laboratory culture but this takes at least 24 hours and often involves the transportation of the sample, adding further delay. The absence of fast diagnostic testing means clinicians make treatment decisions based on vague clinical symptoms or inaccurate urine dipstick tests. Now, a rapid and affordable point-of-care molecular diagnostics platform developed specifically to detect bacterial and viral infections aims to change that.

Llusern Scientific Limited’s (Wales, UK) Lodestar DX is a user-friendly, portable molecular platform for testing UTIs and respiratory diseases that provides lab-accurate test results in 30 minutes. The low cost platform technology allows users to conveniently carry out Loop-mediated isothermal amplification (LAMP) reactions. The technique allows amplification and detection of DNA or RNA in a wide range of bacterial and viral targets. Lodestar DX uses an internal algorithm to determine if a LAMP reaction is positive or negative. The algorithm is suitable for use with a wide range of LAMP reactions. The Lodestar DX system outputs the fluorescent reaction data in real time which can be captured directly onto a PC and stored for subsequent off-line analysis. The system can run eight reactions simultaneously and can be operated flexibly based on user needs. It can be operated from the mains supply using its powers adapter or using a 15Vdc source such as a standard vehicle lighter plug, allowing usage in remote settings.

In 2023, Llusern plans to launch a panel of Urinary Tract Infection (UTI) assays including E-coli, Klebsiella and Staphylococcus spp that run on Lodestar DX. Currently undergoing clinical validation, Llusern’s UTI test has a preliminary sensitivity of 95% for E.coli and can detect over 95% of all uropathogens. Easy to use, it does not require sample processing and urine is added directly into the assay tubes for results delivered in 30 minutes. The simple test preparation and ease of use of the Lodestar DX makes it a useful tool in doctor’s offices, clinics and pharmacies. Llusern's molecular diagnostic test for UTIs is a significant step-forward in addressing a huge everyday health problem faced by hundreds of millions of people around the globe.