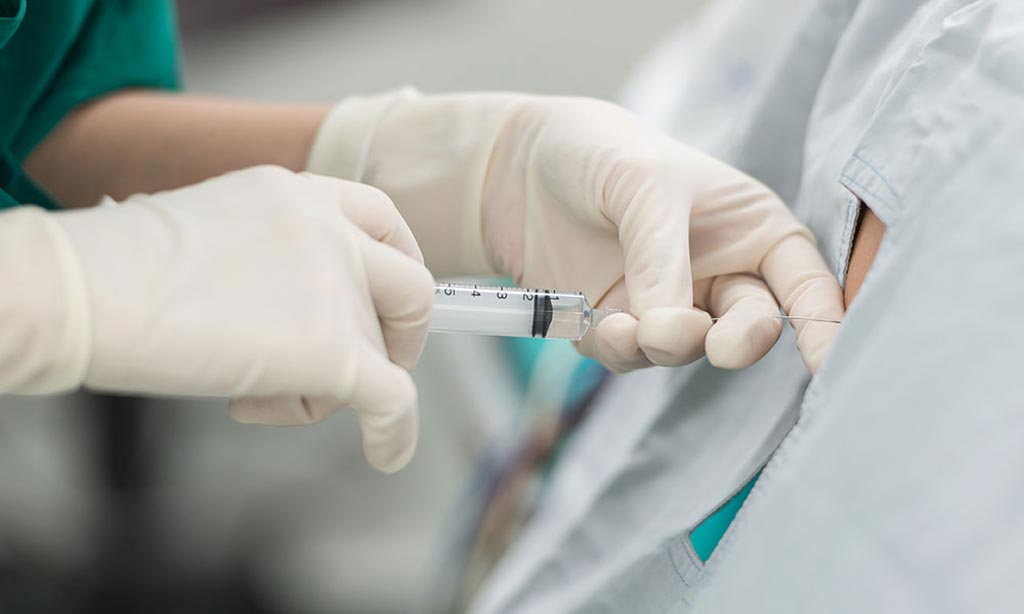 Image: A new study shows epidural analgesia does not alter pregnancy outcomes (Photo courtesy of Getty Images).
Maintaining epidural infusion has no effect on the duration of the second stage of labor when compared with a placebo infusion, according to a new study.

The primary outcome was the duration of the second stage of labor. The results revealed that the duration of the second stage of labor was similar between groups, at 52 minutes. Spontaneous vaginal delivery rate was also similar, at 96.5% for epidural infusion compared to 99% for saline. Pain scores were also similar between groups at each measurement during the second stage, as were incidence of episiotomy, the position of the fetus at birth, Apgar scores, umbilical artery pH, or any other measure of fetal wellbeing. The study was published on October 6, 2017, in Obstetrics & Gynecology.

Epidural analgesia, which is achieved by a mixture of anesthetics and narcotics delivered by a catheter placed near the spine, is considered the most effective method of labor pain relief. In widespread use since the 1970s, epidurals have long been thought to slow the second stage of labor--starting when the cervix is completely dilated and ending when the baby is delivered. Because a longer duration of this stage of labor is associated with adverse outcomes, obstetricians routinely reduce or discontinue epidural pain management in an effort to expedite this main stage of labor.