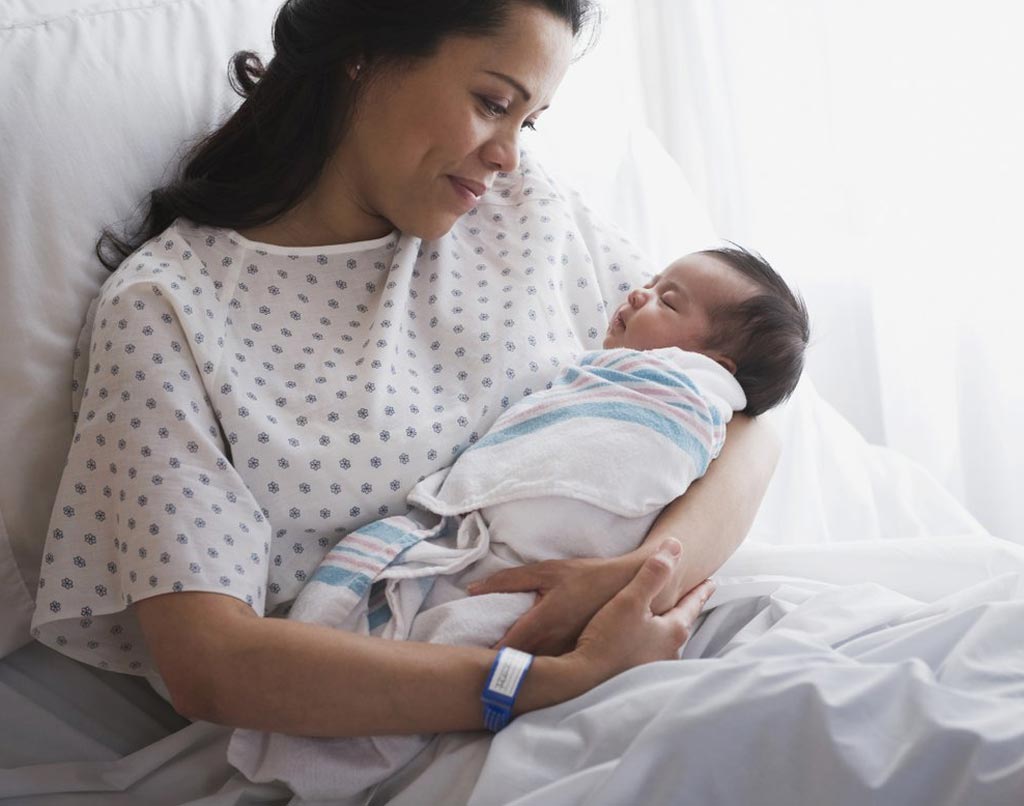 Image: A new study shows women face a higher risk of heart failure after giving birth (Photo courtesy of Getty Images).
A new study finds that women are at the highest risk for heart failure (HF) within the six weeks of delivery, known as the postpartum period.

Researchers at the University of Illinois in Chicago (UIC, USA), Vanderbilt University (Nashville, TN, USA) and other institutions conducted a study to examine HF prevalence, correlates, and outcomes among pregnancy-related hospitalizations in over 50 million women (13 to 49 years of age), using data drawn from the 2001 to 2011 Nationwide Inpatient Sample (NIS); rates of HF were calculated by patient and hospital characteristics.

The women who had a HF diagnosis, both before and after giving birth, tended to be older and black, lived in the southern United States, lived in low-income household areas, and engaged in harmful behaviors that included tobacco smoking, drug and other psychoactive substance abuse, and alcohol consumption. Women with HF were also more likely to experience adverse maternal outcomes. The study was published in the January 2018 issue of Circulation: Heart Failure.

"Health education about expectations and their risk status during delivery-related hospitalization may empower women to seek immediate support from their social network and healthcare provider,” said lead author Mulubrhan Mogos, PhD, MSc, assistant professor of nursing at UIC. “There is a need for increased awareness and public health measures to address risk factors and promote prevention strategies among historically disadvantaged groups.”

Heart failure is a chronic, progressive condition in which the heart muscle is unable to pump enough blood through to meet the body's needs for blood and oxygen. Over time, the heart's pumping action grows weaker. Right-side HF occurs if the heart cannot pump enough blood to the lungs to accumulate oxygen; left-side heart failure occurs if the heart cannot pump enough oxygen-rich blood to the rest of the body. The leading causes of HF include coronary heart disease (CHD), high blood pressure (BP), and diabetes.

University of Illinois in Chicago