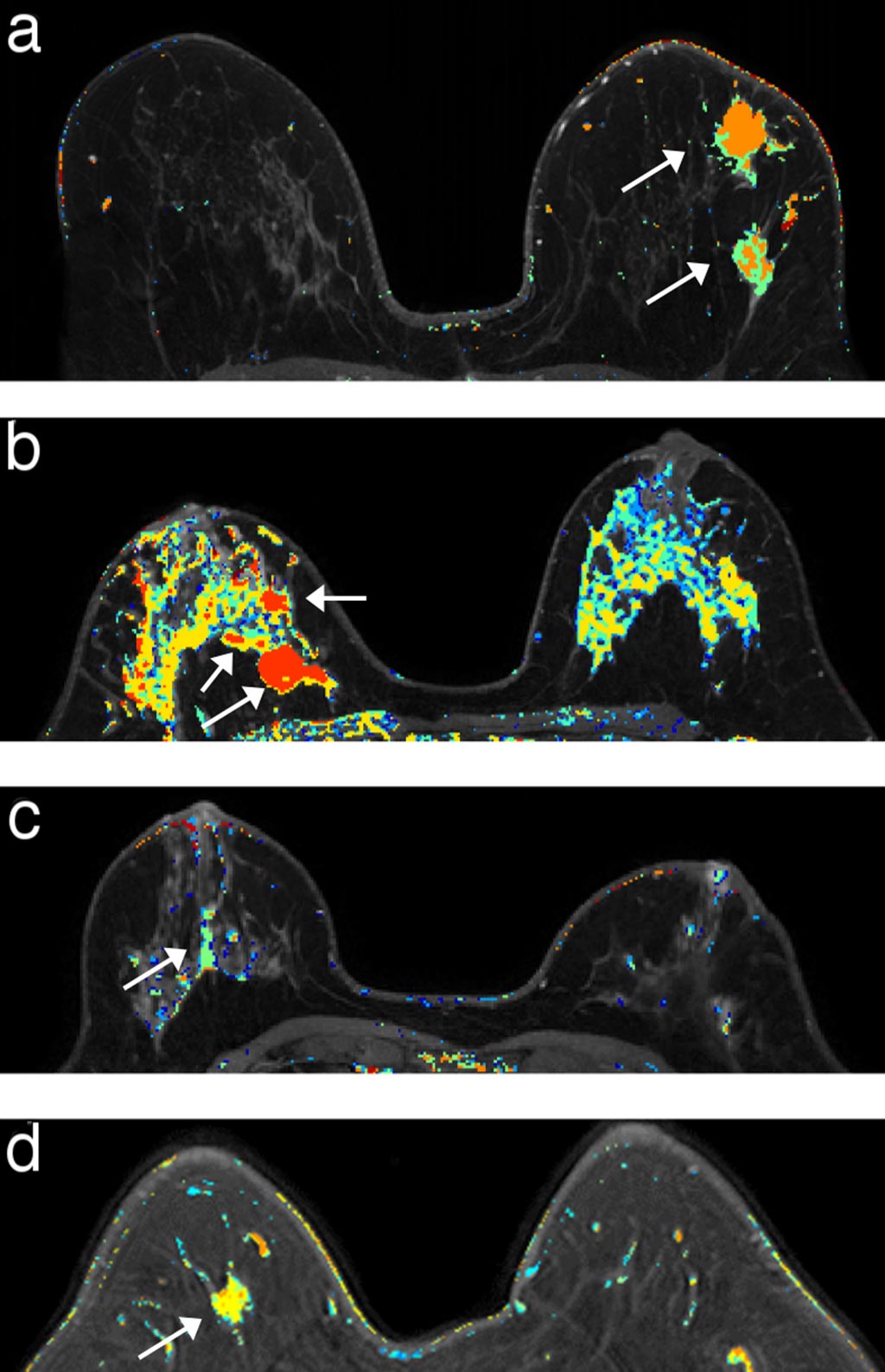 Researchers at the University of São Paolo (USP; Brazil), the University of Washington (UW; Seattle, USA), the University of Chicago Medical Center (UCM; IL, USA), and other institutions conducted a clinical trial involving 295 women (mean age 43.3 years) who had a lifetime risk for breast-cancer higher than 20%. Of these, 53% had one of 11 known genetic abnormalities, including BRCA1 and BRCA2. The study also included women who had been diagnosed with breast cancer or ductal carcinoma in situ (DCIS) before age 35, or had a mother or sister diagnosed with breast cancer before age 50.

All participants underwent a panel of tests for genes associated with a predisposition to breast cancer; after evaluation by a physician and a genetic counselor, they underwent a clinical breast examination and a dynamic contrast-enhanced MRI scan (DCE-MRI) every six months, plus a digital mammogram every 12 months. Those with high-risk mutations who completed five years of the study protocol were offered continued screening. In all, the researchers performed 2,111 DCE-MRIs (on average, about seven for each participant) and 1,223 mammograms (four per participant).

The researchers found a total of 17 cancers, four DCIS and 13 early stage breast cancers, and 15 of them occurred in participants with pathogenic mutations. Eleven involved BRCA1, three involved BRCA2, and one involved epithelial cadherin (CDH1) mutation. Mean tumor size was 0.61 centimeter and all cancers detected during the study were smaller than a centimeter; none had spread to lymph nodes. Patients who developed a cancer were followed continuously for a median of 5.3 years, and all are still alive and free of systemic disease. The study was published on August 28, 2018, in Clinical Cancer Research.

“Mammograms are routinely used to screen for breast cancer, but they are not the best option for about 40% of women. This includes those with dense breasts, as well as those with significant genetic risks,” said study co-author Professor Gregory Karczmar, PhD, of UCM. “MRI is much more sensitive than mammography. It can find invasive breast cancers sooner than mammograms and it can rule out abnormalities that appear suspicious on a mammogram. Unfortunately, MRI is much too expensive for routine screening.”

“My hope is that mammography and MRI will be used in ways that make sense given a woman's personal genetics. Women with mutations in BRCA1 or BRCA2 have very different needs for surveillance for breast disease than women with no mutations in these genes,” said study co-author Professor Mary Claire King, PhD, of UW. “This is particularly true for healthy young women with mutations. It's truly critical to offer intensive surveillance to still-healthy women with BRCA1 or BRCA2 mutations.”

The risk of developing breast and ovarian cancer is greatly increased if a woman inherits the BRCA1 or BRCA2 mutated gene, which produce tumor suppressor proteins. Together, these mutations account for about 20-25% percent of hereditary breast cancers, and about 5-10% of all breast cancers. Several study groups have recommended prophylactic salpingo-oophorectomy for BRCA carriers at age 35 or older to reduce the risk of breast and ovarian cancer.