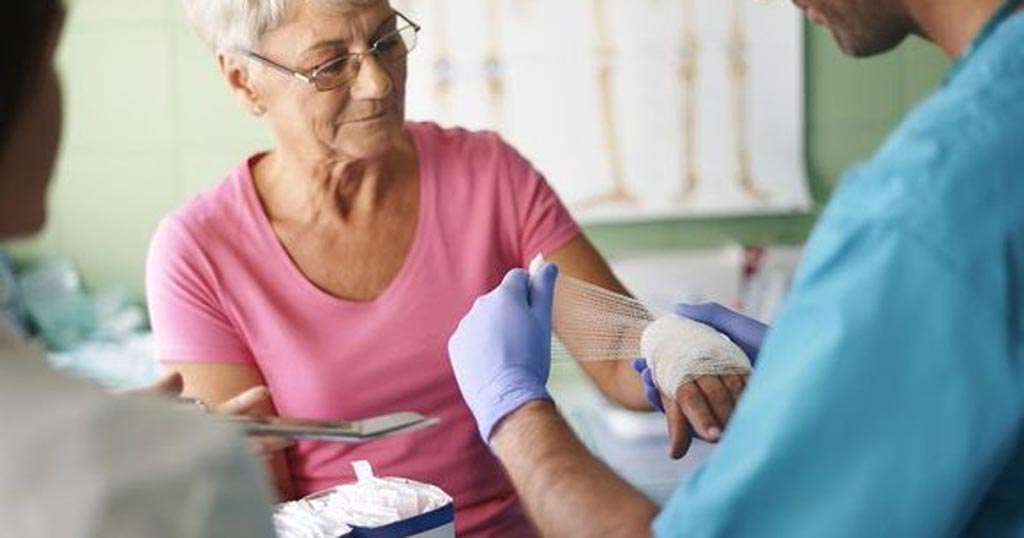 Image: Many older women are unaware that osteoporosis can cause fractures (Photo courtesy of Shutterstock).
A new survey reveals that 55% of women over 60 believe that fragility fractures in older age are due to an unlucky fall or accident, rather than the result of underlying osteoporosis.

The survey, conducted by UCB (Brussels, Belgium) and Harris Interactive (Rochester, NY, USA), was conducted in August-September 2018 as part of an initiative to investigate awareness, attitudes, and perceived risk of osteoporosis and fragility fractures in ten major industrialized countries: Belgium, Denmark, France, Germany, Italy, Japan, Spain, Sweden, the United Kingdom, and the United States. For the survey, 4,504 women aged 60 years and over were interviewed online about osteoporosis and fragility fractures.

The results revealed that despite women aged 60 and older being most at risk of osteoporosis and fragility fractures, 61% of the women surveyed had little or no knowledge of osteoporosis. Furthermore, 69% believe their fragile bones are an inevitable part of getting older, and 70% thought it inevitable that their risk of fragility fracture will increase. Almost one in five (17%) commented that they felt there is very little that can be done to avoid osteoporosis, and 37% claimed their healthcare professional had never spoken to them about these issues.

“Worldwide, fragility fractures affect one in three women aged 50 and above. Yet the survey shows those most likely to experience a fragility fracture are unaware of the condition and the significant impact it can have on their independence and quality of life,” said Pascale Richetta, MD, executive vice president of UCB. “From the survey its plain to see that today's over 60's maintain a great passion for life and aspirations beyond those of their parents' generation, so questions must be asked as to why a condition that today causes more than 8.9 million fragility fractures annually and is a major obstacle to healthy ageing, is being overlooked.”

“People are living longer, and expecting more out of life, yet the dangers that accompany this are mute,” commented Philippe Halbout, MD, CEO of the International Osteoporosis Foundation (Nyon, Switzerland). “The physical and psychological impact of osteoporosis and fragility fractures is huge, and if they are not treated with the same urgency as other life-threatening diseases, their burden could cripple healthcare systems, society, families and individuals around the world.”