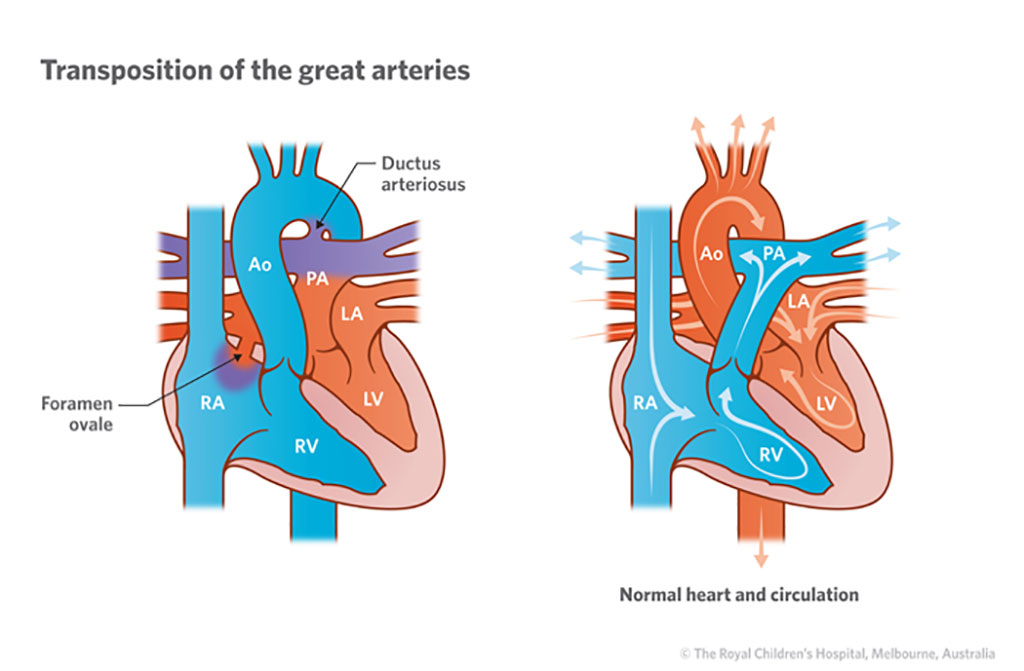 Image: In TGA, the aorta and pulmonary are reversed (Photo courtesy of Royal Children’s Hospital)
Women who had an arterial switch procedure to correct transposition of the great arteries (TGA) tolerated pregnancy well with few complications, according to a new study.

The results showed that none of the women died during pregnancy or up to six months after delivery, and only two women (4.9%) suffered a MACE event, with one woman experiencing heart failure and the other developing ventricular tachycardia during the second and third trimesters, which was effectively treated with metoprolol. No deterioration in left or right ventricular function during pregnancy was evidenced. The median gestational age at delivery was 39 weeks and mean birth weight was 2,962 grams. Only one women suffered fetal loss. The study was published on December 22, 2020, in Journal of the American Heart Association.

“During the past 30 years, the arterial switch procedure has replaced the atrial switch procedure to correct TGA. Many cardiologists are reluctant to give green light for pregnancy in these cardiac patients, but our study proves that pregnancy is relatively safe,” said senior author Julien Roos-Hesselink, MD, of Erasmus University Medical Center. “In my opinion, it is also very important to let women lead a normal life, including pregnancy and starting a family.”