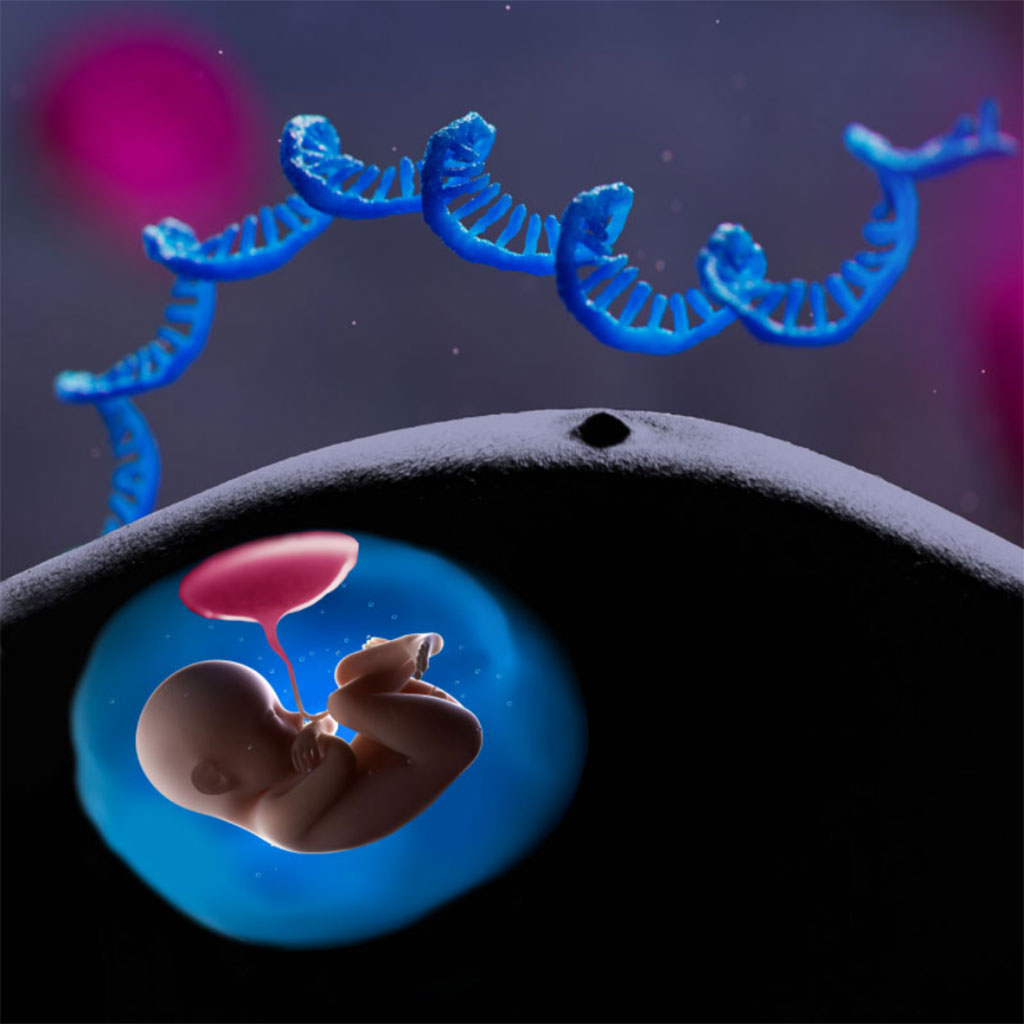 Unexpected complications affect one in five pregnancies, with large economic costs and lifelong health consequences for expecting parents and babies. They often leave families in a state of crisis and are a primary driver of childhood morbidity and mortality, frequently resulting in neonatal intensive care for the baby’s survival. Pregnancy complications can double or even quadruple a mom’s lifetime risk of cardiovascular disease, regardless of how early the baby is born. Yet, women, expecting parents and doctors lack a reliable way to detect complications before symptoms appear. Now, the first test designed to indicate risk of preeclampsia months before symptoms occur has the potential to address a leading cause of maternal mortality that impacts millions of pregnancies each year.

The Mirvie Preeclampsia Test from Mirvie (South San Francisco, CA, USA) indicates a woman’s individualized risk of developing preeclampsia before symptoms occur. The test is powered by the proprietary Mirvie RNA platform, which is designed to predict the risk of unexpected complications by revealing the underlying biology of each pregnancy. The proprietary Mirvie RNA platform combines revolutionary analysis of tens of thousands of RNA messages from the baby, the placenta and the mom, with machine learning. The platform opens a new window into pregnancy health for expecting parents to act and their doctors to intervene before unexpected complications become a crisis.

Landmark research provides preliminary evidence that the Mirvie RNA platform can identify 75% of women who go on to develop preeclampsia months before symptoms occur. Additional research shows the platform can predict 76% of early preterm birth cases and identify distinct biological pathways driving its development. The Mirvie Preeclampsia Test is the first test for the early identification of preeclampsia risk months before any clinical presentation of symptoms to receive FDA Breakthrough Device designation. With this designation, Mirvie will continue ongoing clinical research to further validate the Mirvie Preeclampsia Test performance and improve the understanding of preeclampsia.

“Pregnancy health must become proactive, preventive, and personalized for the wellbeing of expecting parents and babies,” said Maneesh Jain, Ph.D., Co-Founder and CEO of Mirvie. “Ever-growing clinical evidence shows the Mirvie RNA platform is charting a new course to make that possible

“Prenatal care as we know it in the United States was first developed to primarily diagnose preeclampsia, yet these protocols have not changed in over fifty years,” said Eleni Tsigas, CEO of the Preeclampsia Foundation. “Moms and babies deserve more – there is an urgent need for innovation that not only identifies the risk of developing preeclampsia early, but also helps bring pregnancy health into the 21st century.”