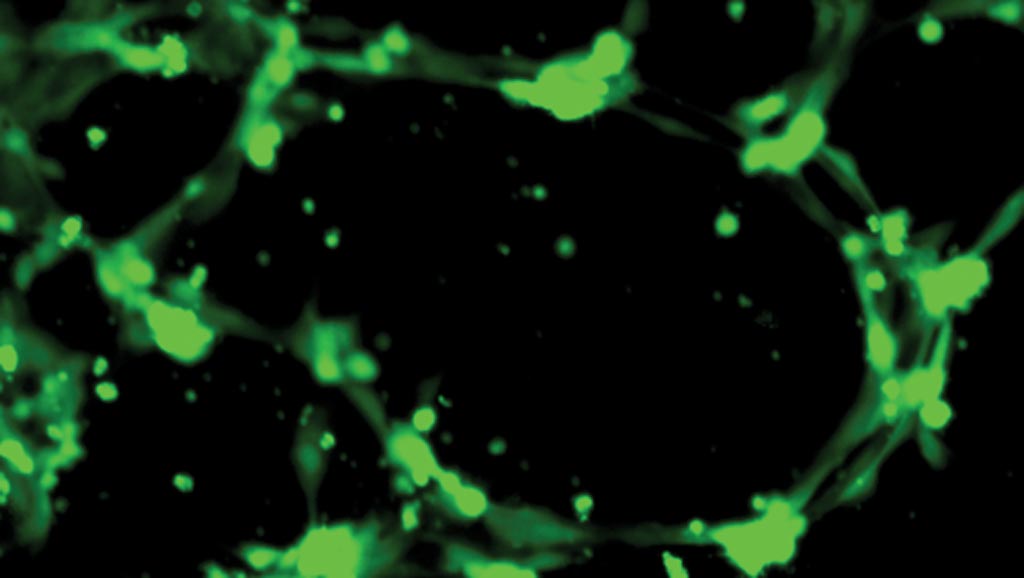 Researchers at Aston University (Birmingham, United Kingdom), the University of Birmingham (UB; United Kingdom), and other institutions used a centuries-old glass staining technique to lace glace with varying concentrations of cobalt, which are then ground to a fine powder. The bioactive glasses provide a controlled release of antimicrobial ions as they dissolve; at the highest concentration, the glass completely eradicated E. coli in a Petri dish in six hours, C. albicans within 24 hours, and S. aureus levels were reduced by 99% after 24 hours.

The cobalt oxide ions cause strong, time dependent, and strain specific antimicrobial activity of the glasses against microorganisms when in direct contact, causing bacterial cell wall membranes to burst. The metallic ions also leach out of the glass, killing bacteria not in direct contact, but to a lesser degree. In other studies, similar anti-bacterial qualities have been observed in bioactive glasses laced with other metals, including copper, zinc, and silver. The study was published in the January 2019 issue of ACS Biomaterials Science and Engineering.

“With the rise of antimicrobial resistance, these glasses have the potential to radically transform how we guard against common hospital infections, because if we can stop the bacteria from multiplying it negates the need for heavy doses of antibiotics,” said senior author Richard Martin, PhD, of Aston University. “This would be good news for patients, who would be at a much-reduced risk of contracting a potentially life-threatening infection during a hospital stay, but also good for healthcare systems, which could make more judicious use of antibiotics and prevent costly unplanned hospital stays.”

Hospital acquired infections (HAIs) are defined as those occurring 48 hours after admission, within three days of discharge, or within 30 days of surgery. They can be caused by organisms lurking on the bodies or clothing of healthcare workers and on hospital surfaces such as doorknobs, curtains, and furniture. Resistant bacteria such as methicillin-resistant Staphylococcus aureus (MRSA), erythromycin-resistant Enterococcus, and carbapenem-resistant Enterobacteriaceae acerbate the problem.