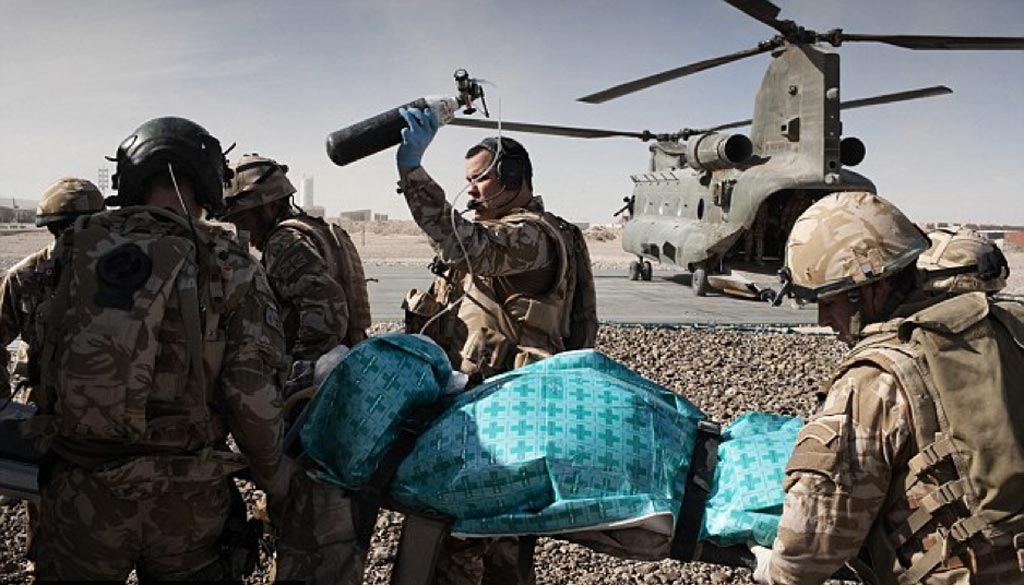 Image: A new study asserts that rapid triage, tourniquets, and blood transfusions save soldiers lives (Photo courtesy of Getty Images).
Increased use of tourniquets, blood transfusions, and speedier prehospital transport time accounted for 44.2% of the total mortality reduction seen over time in Afghanistan and Iraq, according to a new study.

In simulations using data from 23,699 individual casualties, without the interventions assessed, CFR would likely have been higher in Afghanistan and Iraq, equivalent to 3,672 additional deaths. Of these deaths, 44.2% were associated with the interventions studied: 12.9% with use of tourniquets, 23.8% for blood transfusions, and 7.5% for reduction in prehospital transport times. In all, a three-fold increase in survival among the most critically injured casualties was observed during the course of the conflicts. The study was published on March 27, 2019, in JAMA Surgery.