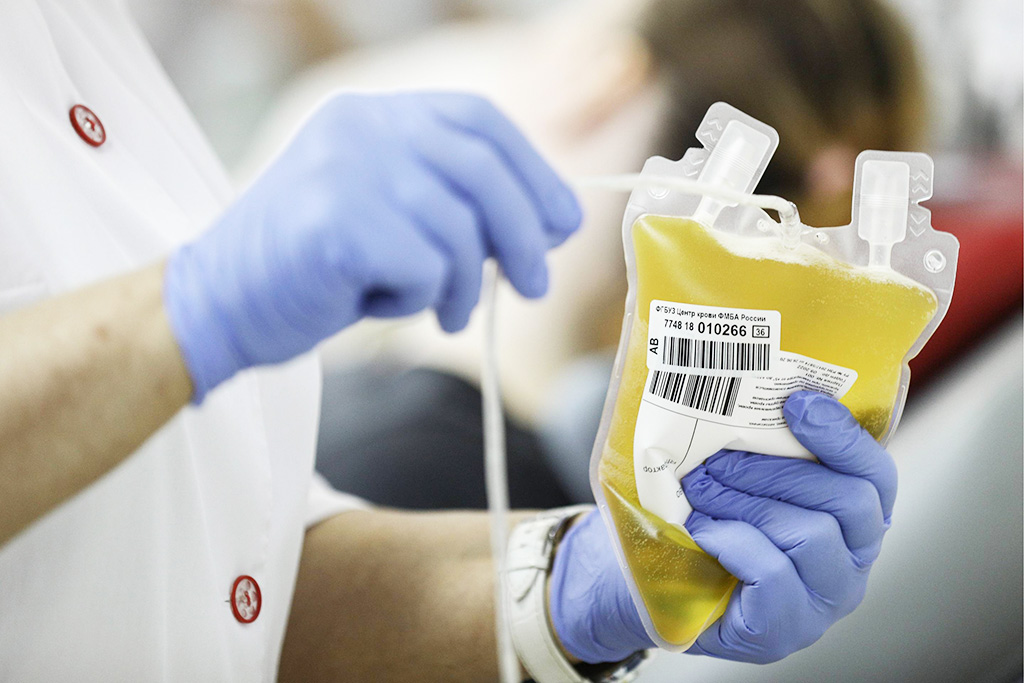 Image: Blood plasma administration provides a survival benefit during long transport times (Photo courtesy of Getty Images)
Plasma transfusion during transport for patients with severe trauma is associated with greater survival if the transport takes more than 20 minutes, according to a new study.

Researchers at the University of Pittsburgh Medical Center (UPMC, PA, USA), the U.S. Army Institute of Surgical Research (USAISR; Fort Sam Houston, TX, USA), and other institutions conducted a post-hoc analysis of the Prehospital Air Medical Plasma (PAMPer) and the Control of Major Bleeding After Trauma (COMBAT) clinical trials to clarify how prehospital plasma transfusion and transport time affected 28-day mortality. In all, 626 patients in both clinical trials were randomly assigned to receive either standard care or 2 U of thawed plasma, or crystalloid-based resuscitation.

The results of the analysis showed a significant overall survival benefit for plasma, after adjustment for injury severity, age, and clinical trial cohort (COMBAT or PAMPer). In addition, a significant association was detected to prehospital transport time. Increased mortality was observed in the crystalloid-based resuscitation group when prehospital transport was longer than 20 minutes, which was not observed in patients that received prehospital plasma. No serious adverse events were associated with prehospital plasma transfusion. The study was published on December 18, 2019, in JAMA Surgery.

“Patients who received prehospital plasma were 47% less likely to arrive at the emergency department with coagulopathy than those who had not received plasma. This association held only for patients who were in transport for longer than 20 minutes,” concluded lead author Anthony Pusateri, PhD, of USAISR, and colleagues. “The present findings have important implications for the treatment of patients with traumatic hemorrhage when surgical care and in-hospital transfusion may be delayed, such as in military settings, in rural and remote trauma, and in civilian disaster scenarios.”

Blood plasma is a yellowish-colored liquid component of blood, also called the “extracellular matrix” of blood cells. Along with platelets, plasma serves an important function and thanks to clotting factors, helps repair damage to blood vessels and stanching bleeding. Frozen plasma can be kept at -25°C or lower for up to three years, and can be used for five days after thawing. Civilian and military clinical practice guidelines call for early transfusion of plasma in cases of severe trauma and hemorrhagic shock so as to achieve a plasma-to-red-blood-cell ratio of 1:1 to 1:2.