Sponge on a String Test Could Replace Endoscopies 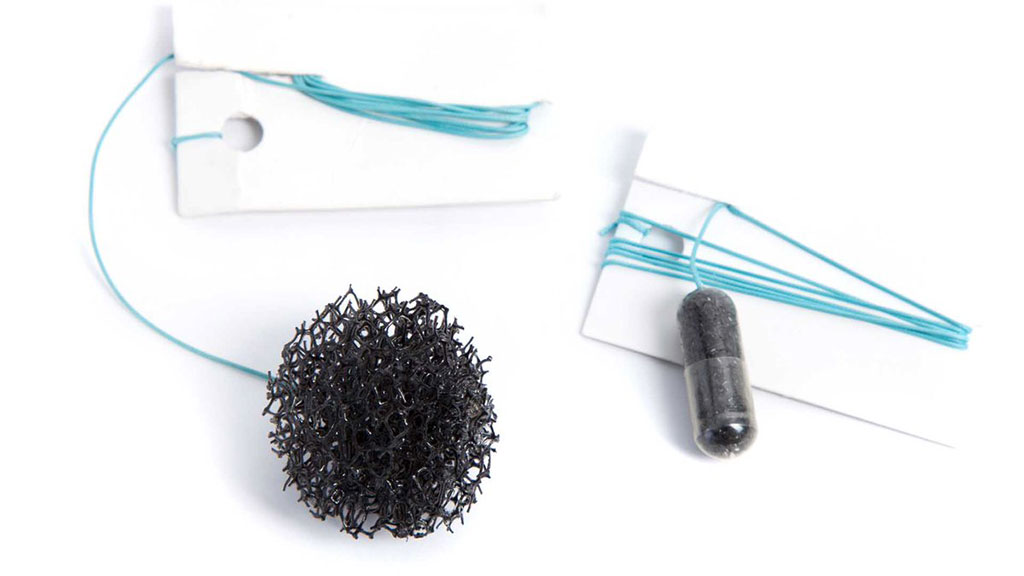 Developed by researchers at Cambridge University (United Kingdom), King’s College London (KCL; United Kingdom), and other institutions, the Cytosponge is made of a material with just enough abrasiveness to collect cells without damaging tissue. For the BE test, it is swallowed by the patient while still inside a dissolvable capsule with a string attached to it. Five minutes later, after the capsule has dissolved, the string is pulled to retrieve the sponge, collecting cells on the way. These are then sent to the lab for analysis, like a biopsy sample.

The test can be performed in a general practitioner’s (GP) office and can help doctors decide who needs to undergo a follow-up endoscopy. For the study, the researchers studied 13,222 participants who were randomly allocated to being offered the sponge test or regular care. Over the course of a year, the odds of detecting BE were tenfold in those offered the Cytosponge, with 140 cases diagnosed compared to 13 in usual care. In addition, the Cytosponge diagnosed five cases of early cancer, whereas only one case of early cancer was detected in the usual care group. The study was published on August 1, 2020, in The Lancet.

“It's taken almost a decade of research and testing thousands of patients to show that we've developed a better route to diagnosing Barrett's esophagus. And the sponge could also be a game-changer in how we diagnose and ensure more people survive esophageal cancer,” said lead author Professor Rebecca Fitzgerald, MD, of the University of Cambridge. “Compared with endoscopies performed in hospital, the Cytosponge causes minimal discomfort and is a quick, simple test that can be done by a GP. Our test is already being piloted around the country, so we hope more people across the UK could benefit from it.”

“The results of this trial exceeded my most optimistic expectations. Use of Professor Fitzgerald's simple invention will hopefully lead to a significant reduction in the number of people dying from esophageal cancer over the next 20 years,” said senior author Professor Peter Sasieni, PhD, of KCL. “This trial found that both patients and staff were happy with the Cytosponge test and it is practical to consider rolling it out within the NHS.”

Barrett's esophagus refers to an abnormal change (metaplasia) in the cells of the lower portion of the esophagus, when the normal squamous epithelium lining is replaced by goblet cells, which are usually found lower in the gastrointestinal tract. The medical significance of BE is its strong association with esophageal adenocarcinoma, a particularly lethal form of cancer.