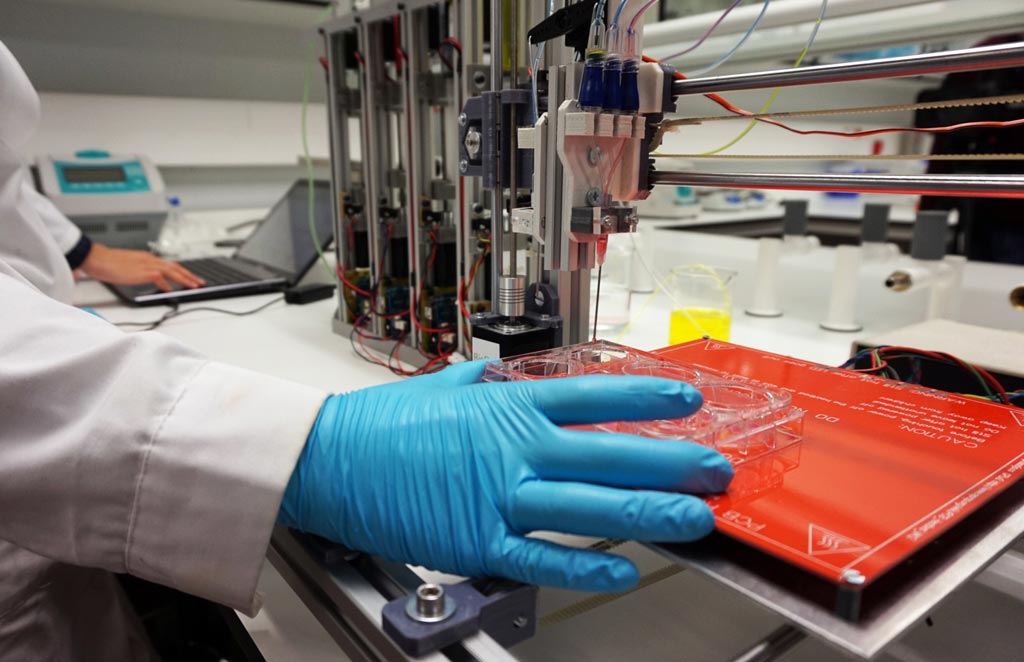 When using histological and immunohistochemical methods to analyze the structure and function of the printed skin in immunodeficient mice, they found that both in the 3D and in vitro cultures it was similar to human skin and, furthermore was indistinguishable from hand-made dermo-epidermal equivalents, which usually take three weeks to fabricate. The researchers claim that the human skin produced is adequate for transplant into patients, or for testing drugs and cosmetics. The study describing the technique was published on December 5, 2016, in Biofabrication.

“Knowing how to mix the biological components, in what conditions to work with them so that the cells don't deteriorate, and how to correctly deposit the product is critical to the system,” said study co-author Juan Francisco del Cañizo, MD, of Gregorio Marañón Hospital. “It prints the epidermis, including the stratum corneum, the protective outermost layer comprising keratinized cells. Then, it prints the deeper, thicker dermis, complete with fibroblasts that make collagen.”

“This method of bioprinting allows skin to be generated in a standardized, automated way, and the process is less expensive than manual production,” said Alfredo Brisac, CEO of BioDan Group, a private Spanish bioengineering firm that is commercializing the technology. “The 3D bioprinter has been submitted for approval by various European regulators. The approval is needed to ensure that the printed skin is suitable for transplanting into patients with burns and other skin conditions.”