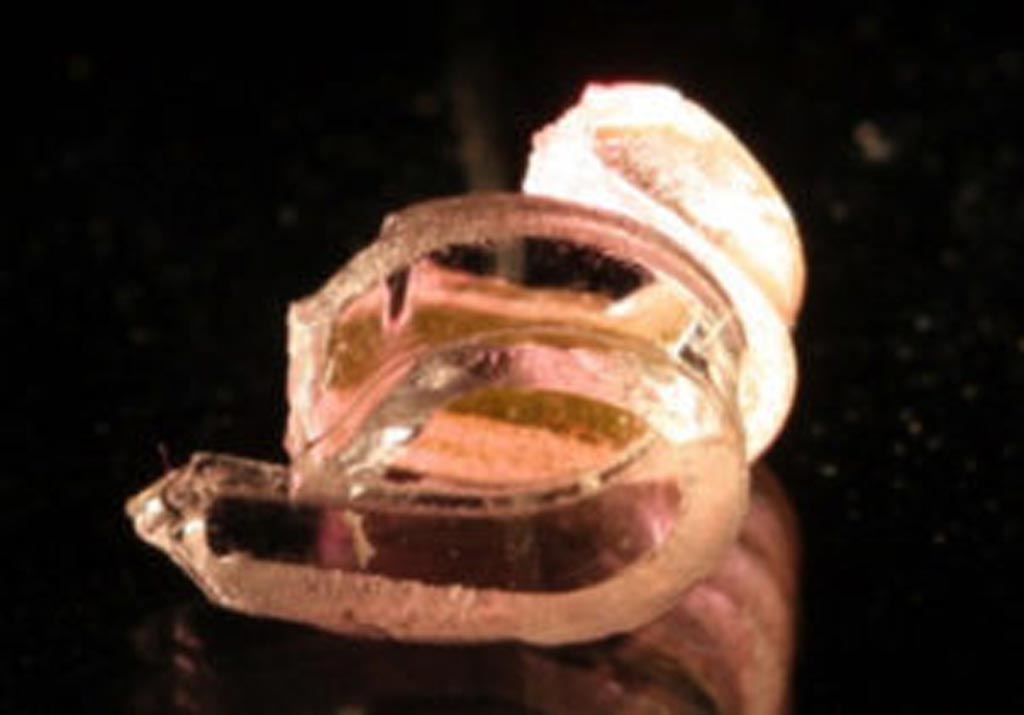 Developed by researchers at Syracuse University (NY, USA) and Bucknell University (Lewisburg, PA, USA), the new SMP includes a shape fixing component, poly(ε-caprolactone) (PCL), that is vulnerable to enzymatic degradation, and a shape memory component, Pellethane, that is enzymatically stable. As the shape fixing PCL component undergoes enzymatically-catalyzed degradation, the SMP can return to its original, programmed shape. It requires no additional trigger, such as a change in temperature, and could thus respond to cellular activity.

The researchers also analyzed material properties, shape memory performance, and cytocompatibility of the enzymatically-catalyzed shape memory response. The results demonstrate enzymatic recovery, as contraction of tensile specimens, and that shape recovery is achieved by degradation of the PCL shape-fixing phase. In addition, both the materials composing the SMP and the process of enzymatic shape recovery were cytocompatible. The study describing the SMP was published on January 15, 2019, in Acta Biomaterialia.

“We anticipate that the materials we're developing could have broad application in health care. For example, our SMPs could be used in drugs that only activate when the target cells or organ are in the desired physiological state, in scaffolds that guide tissue regeneration in response to the behavior of the regenerating tissue itself, and in decision-making biosensors that guide patient treatment more effectively,” said senior author Professor James Henderson, PhD, of Syracuse University. “We're very excited to have achieved these first enzymatically responsive SMPs.”

“The enzymatic sensitivity of the material allows it to respond directly to cell behavior. For instance, you could place it over a wound, and as the tissue remodeled and degraded it, the SMP would slowly pull the wound closed,” said lead author candidate Shelby Buffington, MSc, a biomedical engineering PhD candidate at Syracuse University. “It could be adapted to play a role in treating infections and cancer by adjusting the material's chemistry.”

SMPs include foams, scaffolds, meshes, and other polymeric substrates that have the ability to return from a deformed state (temporary shape) to their original (permanent) shape induced by an external stimulus, such as a temperature change, an electric or magnetic field, light, or a chemical solution. As well as polymers in general, SMPs also cover a wide property-range from stable to biodegradable, from soft to hard, and from elastic to rigid, depending on the structural units that constitute the SMP.