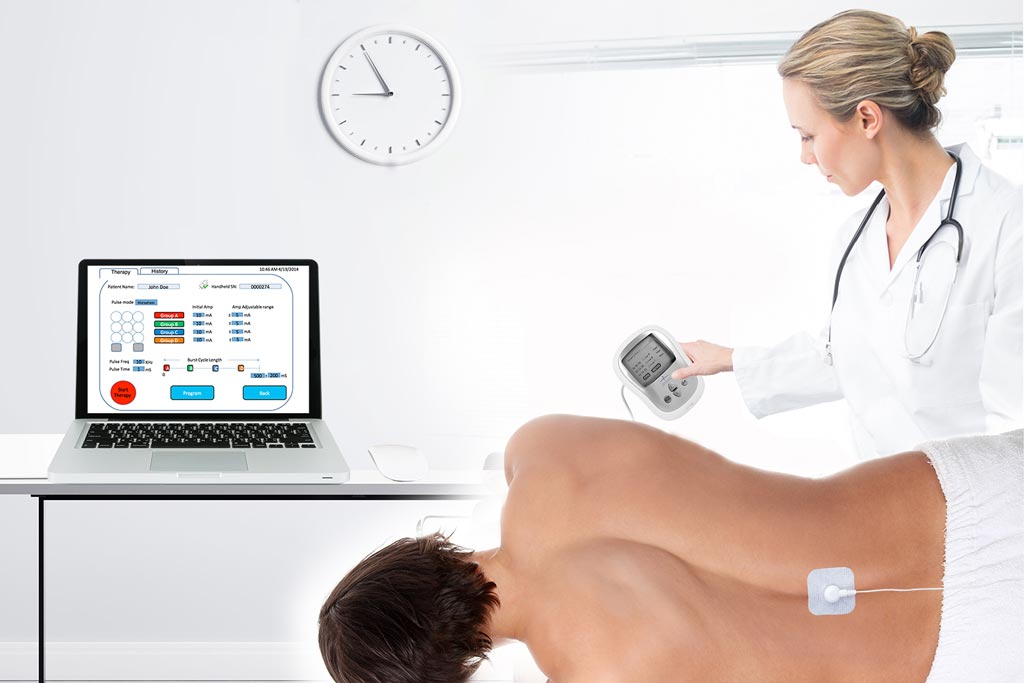 In a clinical study of the TEMC technique, six people with severe SCI, three of them completely paralyzed, underwent training sessions that involved squeezing a small gripping device 36 times, 18 times with each hand, and holding their grip for three seconds, with the researchers measuring the amount of force used to hold the grip. The training period consisted of two sessions per week over a period of four weeks, with each of the eight sessions lasting about 90 minutes.

The results revealed that after the eight sessions of noninvasive TEMC stimulation and the concurrent training sessions, maximum voluntary hand grip forces increased approximately by 325% (in the presence of stimulation) and by about 225% (without simultaneous stimulation) in the chronic cervical SCI subjects. Maximum grip strength improved in both the left and right hands, independent of hand dominance. Participants also improved blood pressure, bladder function, cardiovascular function, and the ability to sit upright without support. The study was published on April 13, 2018, in the Journal of Neurotrauma.

“Nearly everyone thought the only people who would benefit from treatment were those who had been injured for less than a year; that was the dogma. Now we know the dogma is dead; all of our subjects have been paralyzed for more than a year,” said senior author Reggie Edgerton, PhD, of UCLA. “In a high percentage of subjects who are severely injured, we can improve their quality of life. Everything is telling us the nervous system is much more adaptable than we’ve given it credit for, and can relearn and recover from severe injury.”

“About midway through the sessions, I could open my bedroom door with my left hand for the first time since my injury and could open new water bottles, when previously someone else had to do this for me,” said study participant Cecilia Villarruel, whose injury resulted from a car accident 13 years earlier. “Most people with a spinal cord injury say they just want to go to the bathroom like a normal person again. Small accomplishments like opening jars, bottles and doors enable a level of independence and self-reliance that is quite satisfying, and have a profound effect on people’s lives.”

The researchers emphasized that the stimulation parameters used were designed so as to avoid directly inducing muscular contractions, with the aim of enabling task performance according to the subject’s voluntary intent.