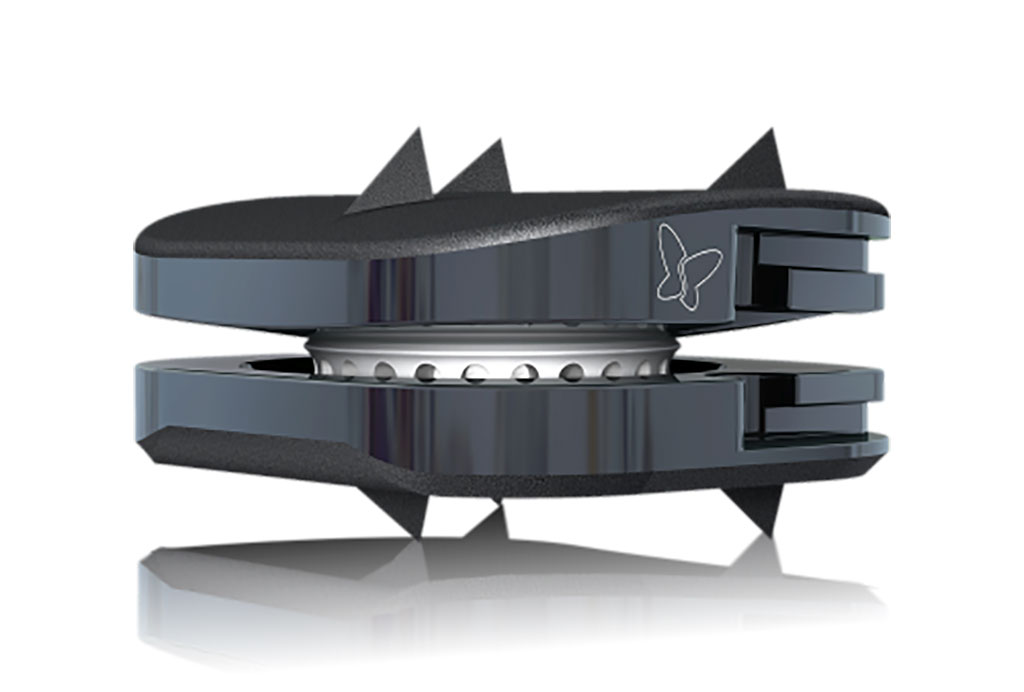 The Spineart (Geneva, Switzerland) Baguera C cervical disc prosthesis is designed to maintain the natural behavior of a functional spinal unit by restoring segmental motion and disc height in the cervical spine, following a single-level or two-level discectomy procedure for symptomatic cervical disc disease. The prosthesis, which is made of two titanium plates interconnected by a polyethylene (PE) central core, permits the patient to experience controlled neck mobility in all six degrees of freedom, with independent angular rotations and translational motions.

“The enrollment of the first patient in our Baguera C two-level trial in the United States is an important achievement, made possible by the relentless work of our employees and partner surgeons,” said Jerome Trividic, President of Spineart USA. “We have embarked on an ambitious project to gather additional solid scientific evidence of safety and effectiveness for our Baguera C artificial disc, with the ultimate goal of providing spine surgeons in the U.S. and their patients with new treatment options.”

Disc replacement via arthroplasty has become a common surgical option for treatment of degenerative cervical disc pathologies, and is considered to be a viable alternative to anterior cervical discectomy and fusion (ACDF). The implanted artificial disc functions similar to a joint, allowing for flexion, extension, side bending, and rotation, thus maintaining motion in the treated vertebral segment.