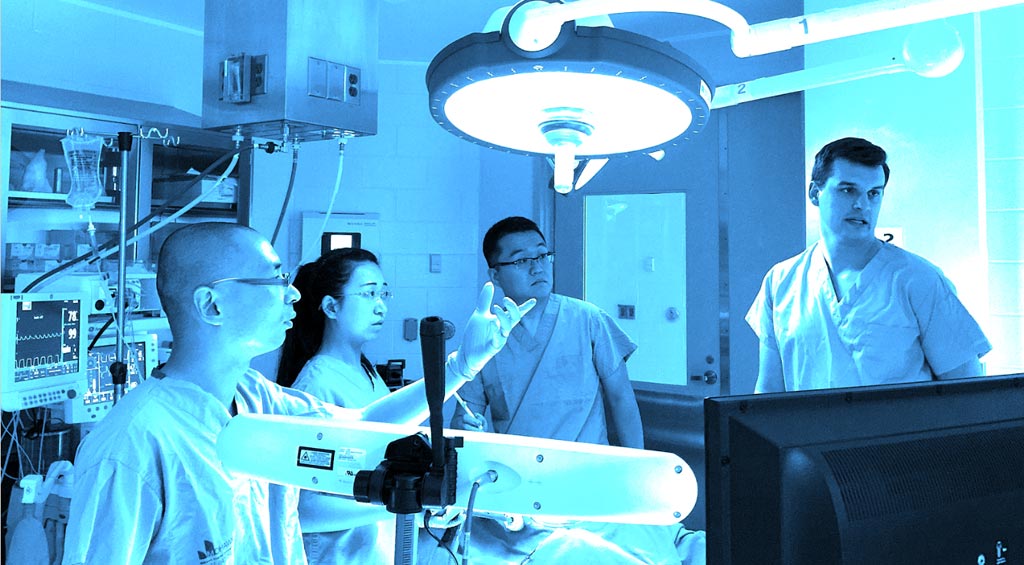 The Mariner Endosurgery (Hamilton, Canada) LaparoGuard system is designed to annotate areas of risk during surgical procedures, and then display three-dimensional (3D) renderings of surgeon-defined safety zones as a heads-up, real-time image overlay, providing surgeons with additional spatial awareness. The data from the system is integrated into any operating room (OR) conventional visualization equipment. LaparoGuard also provides continuous tracking of multiple tools throughout a procedure for real-time location updates within the abdominal cavity.

Features include a mix of audio-visual augmented reality (AR) on both primary and secondary surgical monitors, without the use of a conventional AR headset; intuitive real-time feedback systems that add information to the surgical team, without distractions; integration into existing clinical workflows and conventional laparoscopic tower equipment.

“LaparoGuard empowers surgeons to have the latest in advanced visualization, augmented reality and spatial awareness tools for minimally invasive procedures,” said Mitch Wilson, president of Mariner Endosurgery. “Upcoming pipeline of surgical visualization and advanced laparoscopic instrumentation will further support LaparoGuard and our company thesis of putting the right innovation, at the right time, in surgeons' hands.”