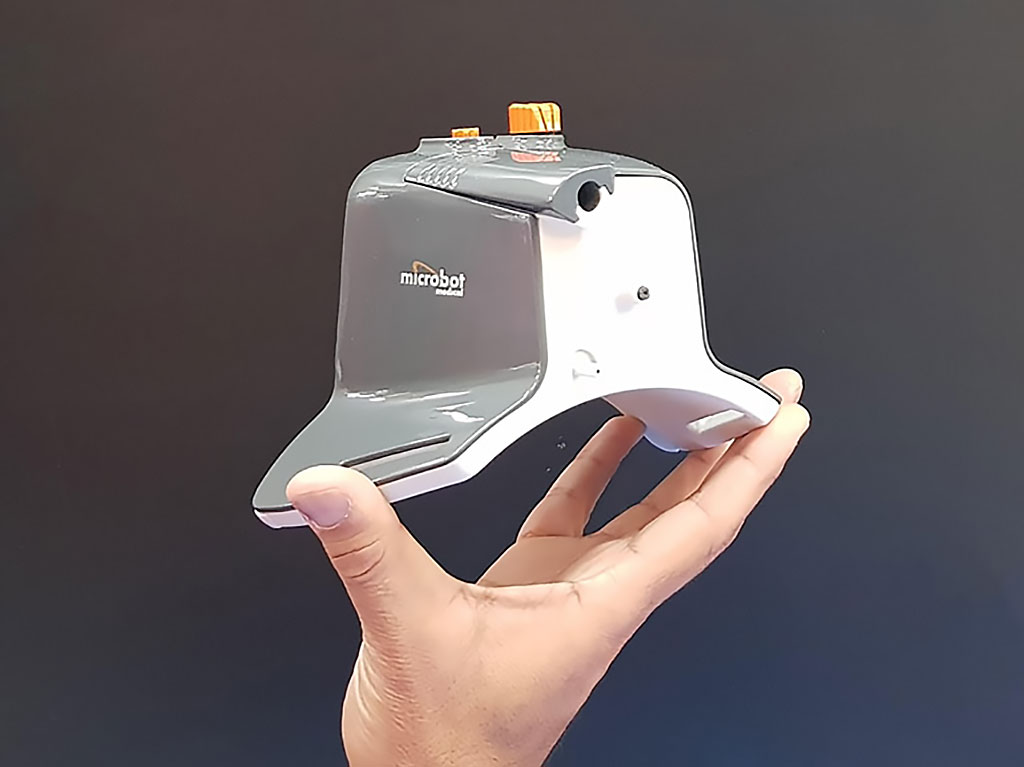 The Microbot Medical (Yokneam, Israel) Liberty robotic system is a disposable mini-robot strapped to a patients arm that is intended for remote use during neurovascular, cardiovascular, and peripheral vascular procedures. Liberty combines a guidewire and a micro-catheter into a single “One & Done” device that allows linear and rotational motion, as well as tip rotation of the integrated device. An intuitive remote control that resembles a game controller simplifies advanced procedures while shortening the operator’s learning curve.

The system is also ready for tele-catheterization procedures by specialists, and can also provide linear motion for additional over-the-wire devices. Major financial benefits of the device are primarily in the reduction in consumables; and secondly, since it is disposable, there is no reprocessing and sterilization needed.

“Liberty is set to revolutionize the way surgical robotics are being used in endovascular procedures, by eliminating the need for capital equipment, reducing radiation exposure, and aiming to streamline the use of disposables during these complex procedures,” said Harel Gadot, CEO, president, and chairman of Microbot Medical. “With Liberty’s remote operation as well as its ‘One & Done’ capabilities, we believe it has the potential to be the first system to democratize endovascular interventional procedures by shortening the physician’s learning curve.”

“I believe Liberty will be welcomed by the interventional community due to its clinical and technical benefits in various subspecialties, such as neurovascular, cardiovascular, and peripheral vascular interventions,” said interventional radiologist Eyal Morag, MD, of Assuta Medical Center (Ashdod, Israel). “The system set up is easy and straightforward, and it offers intuitive remote operation capabilities designed to reduce radiation exposure and eliminate physical strain on the physicians.”