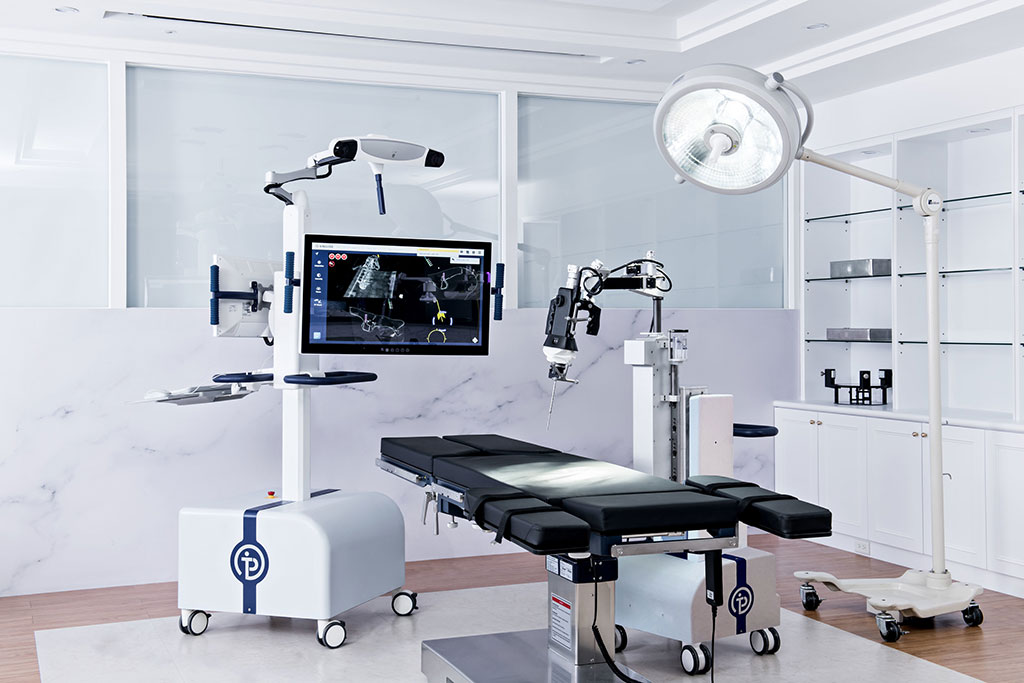 Image: The POINT Kinguide robotic-assisted surgical system has made its debut in the US (Photo courtesy of Point Robotics)

The world’s first ever hand-held robot framework equipped with a parallel manipulator for orthopedic application has made its worldwide debut in the U.S.

The major difference between POINT Kinguide Robotic-Assisted Surgical System and other similar offerings is the expandability of indication for more complicated herniated disc decompression surgery that is enabled by its unique parallel manipulator mechanism. Point Robotics is planning to serve various countries through strategic partners and business models, such as joint ventures, licensing, or strategic alliances, etc. The company is now preparing for CE marking in Europe and registration certificate in China to jump start global deployments and to access international markets.

"It's our honor to make the worldwide debut of the cutting-edge robot system starting from the world's largest surgical robot market - the United States. We aim to promote availability and affordability of robot's adoption for spinal surgery unaddressed by today's technology to treat more patients who contracted spectrum of spinal diseases," said SC Juang, CEO of Point Robotics.