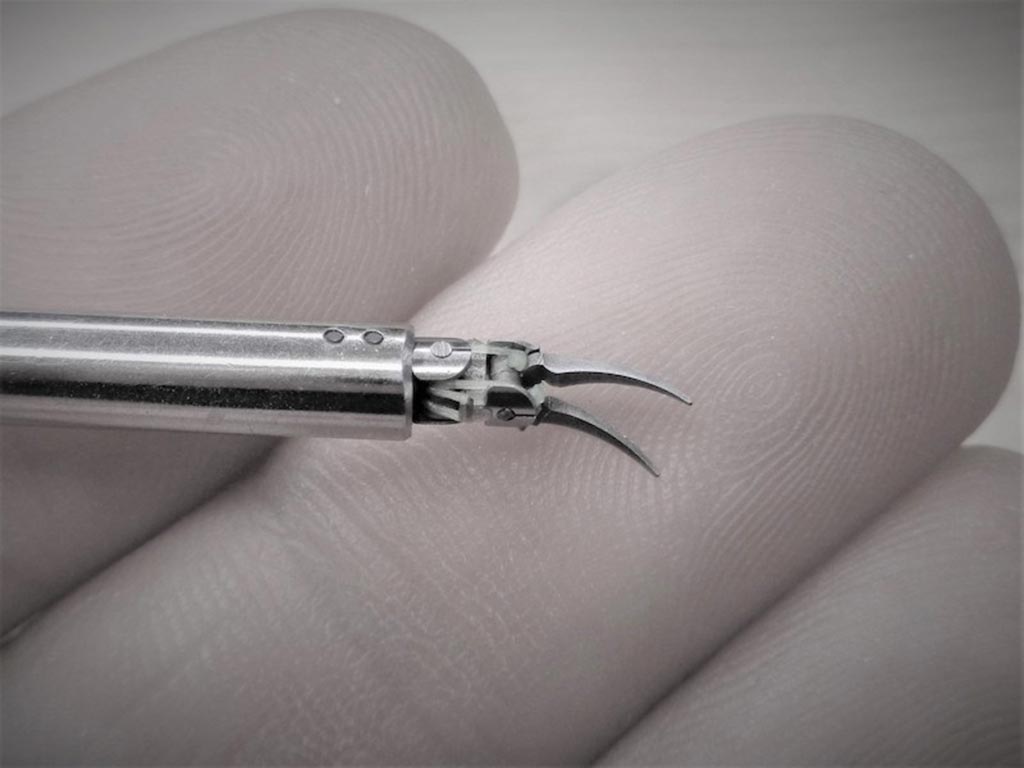 The Medical Microinstruments (MMI; Calci, Italy) wristed micro-surgical instruments are equipped with a miniature articulated wrist with a three-millimeter outer diameter and grasping tips just 150 micron in width. The surgeon operates the two microinstruments while looking through an operating microscope as the robotic platform captures the surgeon’s hand movements, imposing an identical, scaled-down motion on the robotic microsurgical instruments, allowing easy manipulation of small sutures ranging from 9-0 to 12-0 in size.

The microsurgical instruments are manufacture using advanced materials and novel microfabrication processes, resulting in tools that allow the motions of the human hand to be scaled down by almost 20-fold, while still maintaining the dexterity of the natural movement of the human wrist, and at the same time reducing the inherent motion tremor by robotic control. The robotic microinstruments can thus enable such delicate procedures as submillimeter arterial anastomosis and lymph reconstruction.

“We have developed this groundbreaking technology together with microsurgeons from the product’s conception, and the positive feedback and response that we’ve received along the way has really been overwhelming and led us to believe that we are on the right track in developing a robot by and for microsurgeons,” said Hannah Teichmann, co-founder and clinical VP of Medical Microinstruments.

“In my opinion, the MMI robotic platform will push the frontier of microsurgery forward and beyond the capabilities of the human hand, thus allowing more surgeons to perform more complex procedures, but also enabling supermicrosurgery, such as lymph reconstruction, for the more expert ones,” said MMI clinical advisor Professor Marco Innocenti, MD, chief of plastic and reconstructive microsurgery at Careggi University Hospital (Florence, Italy). Professor Innocenti recently presented preclinical work with MMI’s robot at the 2017 World Society for Reconstructive Microsurgery annual congress.