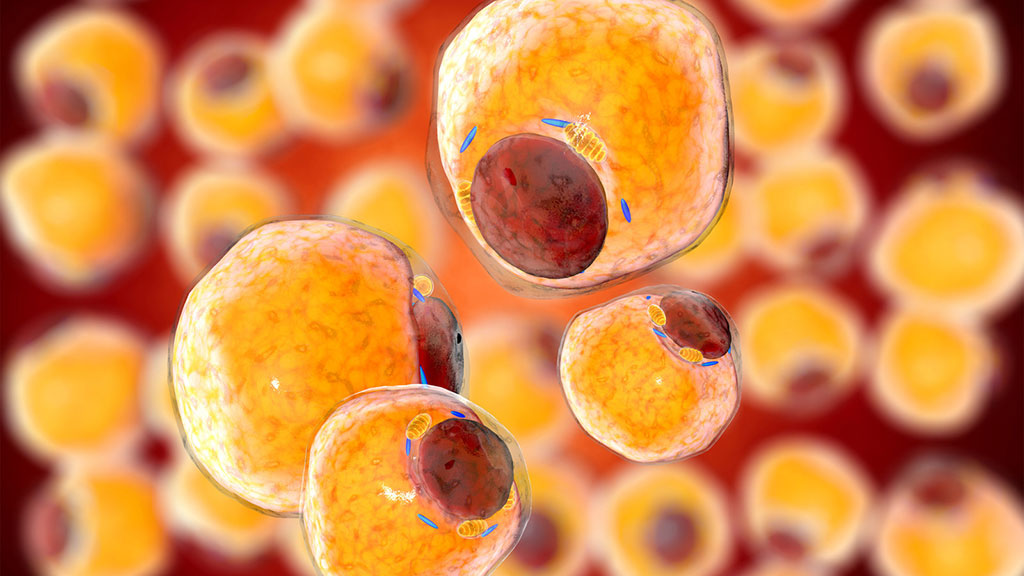 Image: An injectable icy slurry can reduc body fat by 50% (Photo courtesy of HMS)
A cryolipolytic slurry made of ice, saline, and glycol injected at adipose tissue sites can selectively reduce body fat, according to a new study.

Researchers at Harvard Medical School (HMS; Boston, MA, USA) and Brigham and Women's Hospital (BWH; Boston, AM, USA) hypothesized that local injection of a physiologic ice slurry directly into target adipose tissue would lead to more efficient and effective cryolipolysis, a non-invasive method for body contouring. To test their hypothesis, varying ice slurry mixes of 30 mL or 15 mL and 20% or 40% ice content were made using saline and glycerol as the parentel agents, which were then locally injected into the subcutaneous fat of young female pigs.

The pigs were assessed before injection and monitored periodically with ultrasound imaging for eight weeks. Ultrasound imaging, photography, histological and gross tissue responses were monitored before and periodically up to eight weeks after injection. The greatest fat loss (almost 55%) was seen in the 30 mL/40% group, with a resultant fat loss volume of 2.6 cm3. In the other groups, treated with either 15mL of slurry with 40% ice content or 30 mL of slurry with 20% ice content, fat thickness reduction was less, at 25.3% and 16.7%, respectively. The study was published on January 7, 2020, in Plastic and Reconstructive Surgery.

“Slurry is safe, selective for adipose tissue, and leads to long-lasting or permanent loss of adipose tissue and the amount of fat loss correlates with total slurry ice volume,” concluded lead author dermatologist Lilit Garibyan, MD, PhD, of HMS, and colleagues. “Injected ice volume is the major determinant of how much adipose tissue will be lost. Slurry injection can be done in office under local or no anesthesia and it will take seconds to inject. The effect also appears to be long lasting or permanent.”

Conventional cryolipolysis is non-invasive cooling technique that works by energy extraction of adipose tissue to induce lipolysis to reduce body fat, without damage to other tissues or the apparent damage to the overlying skin. The resulting fat cell apoptosis is a natural, controlled cell death, which leads to the release of cytokines and other inflammatory mediators that gradually digest the affected fat cells in the months after the procedure, reducing the thickness of the fat layer. The lipids from the fat cells are slowly released and transported by the lymphatic system to be processed and eliminated, much like that of fat from food.