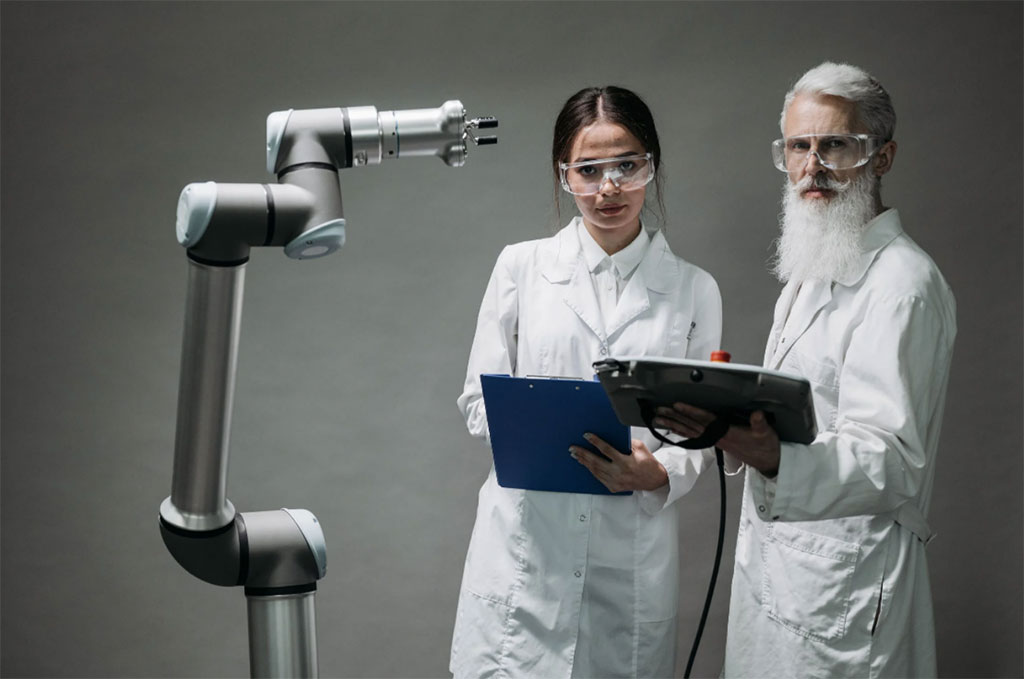 Unlike open surgery, where a surgeon works directly on a patient and involves large incisions in the skin and muscle, robot-assisted surgery allows surgeons to guide minimally invasive instruments remotely using a console and aided by 3D view. But open surgery still remains the “gold standard” recommendation for highly complex surgeries. Now, a first-of-its kind clinical trial provides the strongest evidence so far of the patient benefits of robot-assisted surgery.

A new study by scientists at University College London (London, UK) and the University of Sheffield (Sheffield, UK) has found that robotic surgery reduces the chance of readmission by half (52%), and revealed a “striking” four-fold (77%) reduction in prevalence of blood clots (deep vein thrombus and pulmonary emboli) - a significant cause of health decline and morbidity - when compared to patients who had open surgery. The study also found that robot-assisted surgery used to perform bladder cancer removal and reconstruction enabled patients to recover far more quickly and spend significantly (20%) less time in hospital. Patients’ physical activity - assessed by daily steps tracked on a wearable smart sensor - stamina and quality of life also increased.

“This is an important finding. Time in hospital is reduced and recovery is faster when using this advanced surgery,” said James Catto, Professor of Urological Surgery at the University of Sheffield’s Department of Oncology and Metabolism, who was the study co-chief investigator professor. “Previous trials of robotic surgery have focused on longer term outcomes. They have shown similar cancer cure rates and similar levels of long term recovery after surgery. None have looked at differences in the immediate days and weeks after surgery.”

“Despite robot-assisted surgery becoming more widely available, there has been no significant clinical evaluation of its overall benefit to patients’ recovery,” added Professor John Kelly, Professor of Uro-Oncology at UCL’s Division of Surgery & Interventional Science & consultant surgeon at University College London Hospitals Trust, who was the study co-chief investigator. “In this study we wanted to establish if robot-assisted surgery, when compared to open surgery reduced time spent in hospital, reduced readmissions, and led to better levels of fitness and a quality of life; on all counts this was shown. An unexpected finding was the striking reduction in blood clots in patients receiving robotic surgery; this indicates a safe surgery with patients benefiting from far less complications, early mobilization and a quicker return to normal life.”