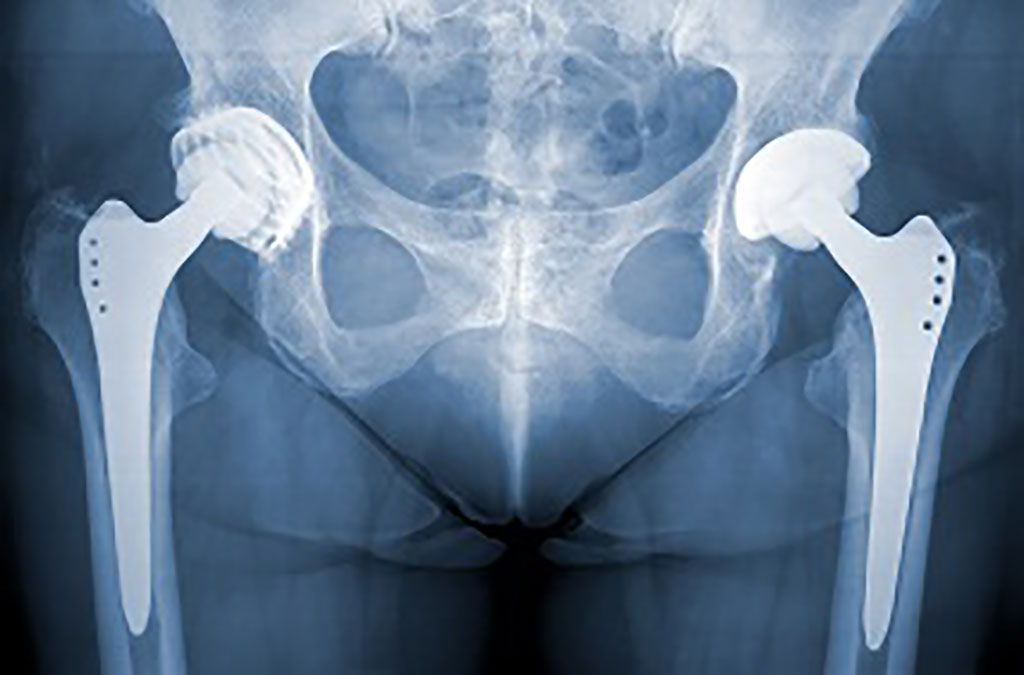 Hip replacement surgery has shown to be a safe and effective procedure for relieving pain, increasing motion and returning patients to their normal activities. However, dislocation is a common post-surgical complication of hip replacement that occurs when the new implant comes out of the socket during the healing process. A dislocation may occur when the implant is not placed in the best position among other causes, leading to instability. Most dislocations occur within first few months of surgery and often are caused when a patient falls or engages in extreme ranges of motion like twisting or bending. Now, a new study has found that robotic-assisted surgery for hip replacement had lower rates of complications and a dislocation rate nearly four times less than the traditional method.

The findings of the study by researchers at Henry Ford Health (Detroit, MI, USA) are believed to be the first from a large series of patients with several years of follow-up to evaluate post-surgical complications between the two surgical options, adding to the growing body of research in the hip replacement field. Current research comparing outcomes between the two procedures is limited.

In their retrospective study, the researchers analyzed data of 2,247 patients who underwent hip replacement surgery between January 2014 and June 2020 for several years after surgery. They sought to evaluate and compare dislocation rates and other complications post-surgery between the two procedures. The study found that the risk for hip instability when the procedure was performed robotically was 3.5 times less than the traditional method when controlling for gender, race, age, prior spine surgery and other accepted factors that can contribute to instability.

The robotic approach can benefit patients with their recovery. The robotic arm allows for more control with the surgical tools and a TV screen allows surgeons to see the bone anatomy and preparation in real time. Robotic technology allows the surgeon to control and move surgical instruments precisely and has been shown to improve the accuracy for positioning the implant. The approach uses 3D imaging prior to surgery to pinpoint important markers in the hip for prepping the bone for the implant. Using a robotic surgical arm and the 3D technology, it assists the surgeon guiding the implant into place after shaping the bone and balancing the ligaments to ensure an ideal fit.