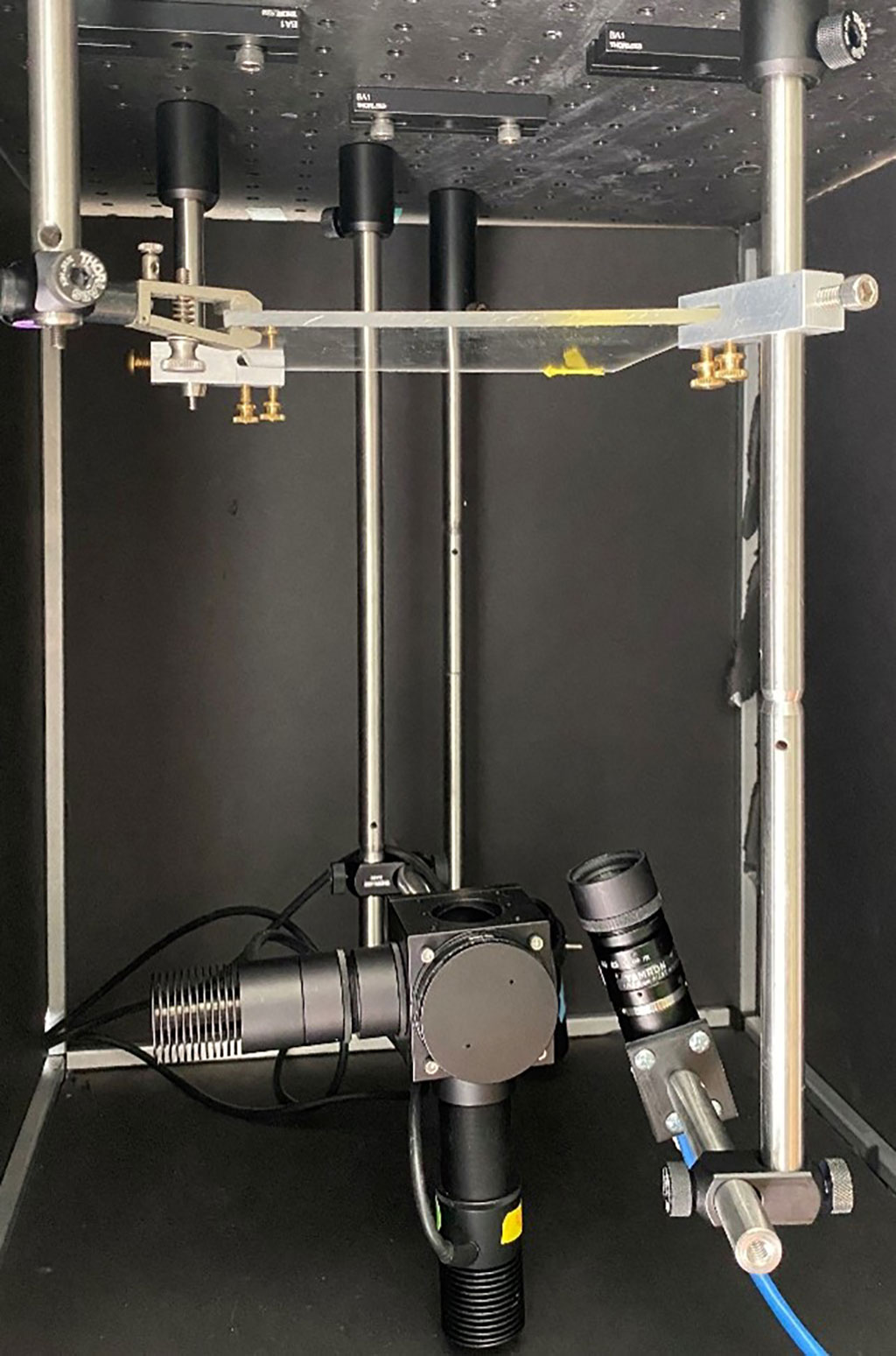 Image: The portable system determines the depth of tumor cells in the body (Photo courtesy of WUSTL)

Research has shown that surgical treatments for cancer tend to be most successful if surgeons remove not only the tumor but also a healthy layer of tissue completely surrounding it. However, this can be difficult because it’s hard to pinpoint the margins between where the tumor ends and healthy tissue begins. In addition, the optimal thickness of the healthy layer depends on the tumor type and location. Researchers have now developed a low-cost, simple imaging system that uses tumor-targeting fluorescent molecules to determine the depth of tumor cells in the body. The portable system could eventually help surgeons distinguish between healthy and cancerous tissue with higher precision when removing a tumor.

Doctors can use fluorescent molecules during tumor resection to make cancer cells light up so that the surgeon can see if any cancerous tissue remains. However, the equipment necessary for this technique isn’t widely accessible and typically doesn’t provide quantitative information about how deep within the tissue the cancer cells reside. The portable and easy-to-use system developed by researchers at Washington University in St. Louis (WUSTL, St. Louis, MI, USA) would provide surgeons with access to depth information to help them remove a full healthy layer of tissue around the tumor, which has been shown to provide the best possible outcomes for patients.

The research team developed the new instrument based on applying one single fluorescent dye during tumor resection which then can be excited by two different near-infrared (NIR)-wavelengths that penetrate different depths in the tissue. The emitted NIR-fluorescence can be imaged through tissue, allowing cancer cells to be detected 1 to 2 centimeters below the surface. Dual wavelength excitation fluorescence uses the fact that different colors, or wavelengths, of light will travel different distances within tissue. By illuminating tumor-targeting fluorescent molecules with different light wavelengths and comparing their responses, it’s possible to predict how deep the tumor-targeted agents are located within the tissue.

The new fluorescence imaging system uses 730-nm and 780-nm LEDs to provide the two wavelengths of excitation light and a monochrome CMOS camera to detect the resulting fluorescence. An 850-nm LED was also incorporated to create a brightfield image that allows the fluorescence images to be correlated with the real-world view of the tissue. The researchers decided to use an experimental agent called LS301, which can be administered during tumor resection, as the cancer-targeting infrared probe because its broad excitation spectrum prevents the need to use more than one fluorophore, which would have made the clinical application more complex. LS301 is currently undergoing clinical trials in breast cancer patients.

After testing the system on layered synthetic materials and slices of chicken, the researchers assessed its ability to predict the depth of a tumor from breast tumors grown in mice. This was done by injecting the mice with LS301 and then imaging them using the system. Capturing the necessary images took 5 minutes. Calculations based on these images correlated well with the true depth of the tumor, showing an average error of only 0.34 mm, which is likely acceptable for clinical use. The researchers are now working to make the system even more useful for surgical guidance by speeding up data processing and adding additional automation to the system so that it can scan the entire tissue surface.

“The few commercial systems that do provide quantitative depth information are large and expensive, limiting use outside of large medical centers,” said research team leader Christine M. O’Brien from Samuel Achilefu’s Lab at Washington University School of Medicine in St. Louis. “Our group built upon prior work in this field to develop a low-cost, simple system that can quickly determine the depth of tumor cells using near-infrared (NIR) fluorescent probes.”

“Systems like this could be used in the future to improve surgical outcomes of patients undergoing tumor removal,” added O’Brien. “It would also prevent the need to wait for pathology results before confirming whether cancer cells are still present after tumor removal.”