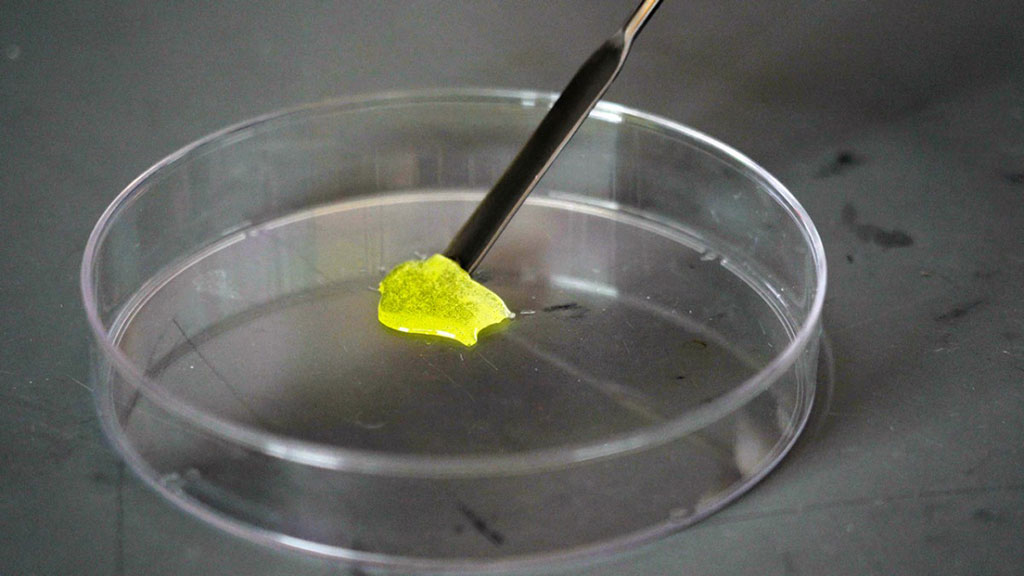 Instead of suturing the ruptured disc, the riboflavin is activated by shining a light on it, which causes the thick gel to stiffen into a solid. Importantly, the gel provides a fertile ground for cells to grow new tissue, sealing the defect better than any suture could. The researchers found the technique successfully healed the damage to the annulus fibrosus, restored disc height, and maintained mechanical performance and biomechanical support of the spine up to six weeks after injury. The study was published on March 11, 2020, in Science Translational Medicine.

“This is really a new avenue and a whole new approach to treating people who have herniated discs, other than walking around with a big hole in their intervertebral disc and hoping that it doesn’t re-herniate or continue to degenerate,” said senior author Lawrence Bonassar, PhD, of Cornell University. “The idea is, if you have a herniation and you’ve lost some material from the nucleus, now we can re-inflate the disc with this hyaluronic acid gel and put the collagen cross-linking seal on the outside. Now we’ve refilled the tire and sealed it.”

The intervertebral discs are composed of two parts: a stiffer external tissue called the annulus fibrosis, and a softer, gelatinous material in the center, the nucleus pulposus, which keeps the disc pressurized and able to hold its shape and height during physical movement. If the outer layer ruptures, the jelly-like nucleus pulposus leaks out, causing inflammation in the nerve root or the spinal cord itself.