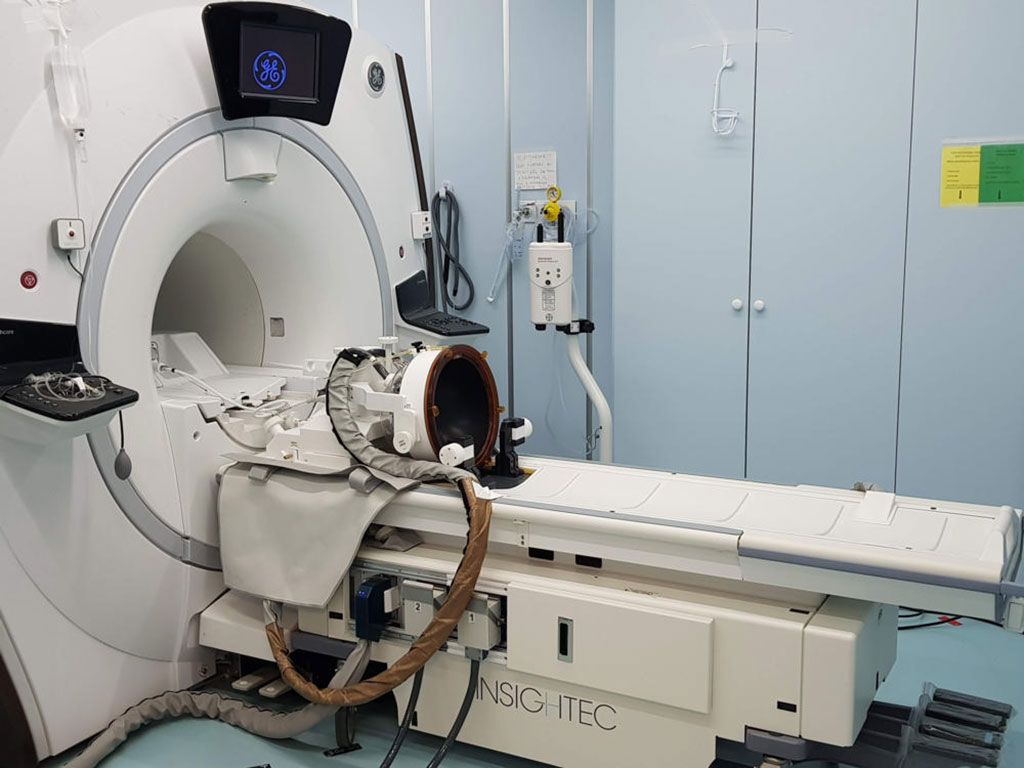 Researchers at the University of L'Aquila (Italy) conducted a study involving 39 patients (average age 64.5 years), including 18 with ET and 21 with PD, who suffered from disabling tremors for an average of more than 10 years, and who had not responded to standard treatments. Patients were evaluated for tremor severity and quality of life before magnetic resonance-guided focused ultrasound (MRgFUS) thalamotomy, immediately after treatment, and over the course of the ensuing year. The procedures were performed with the InSightec (Dallas, TX, USA) ExAblate Neuro device, under guidance of a 3T MRI scanner.

The results revealed that 37 of 39 patients (95%) had substantial and immediate reduction of tremor, which were sustained during follow-up evaluations. Changes in fractional anisotropy and apparent diffusion coefficient (ADC) values in the ventral intermediate nucleus were statistically significant, but only changes in fractional anisotropy values correlated with clinical changes (based on the Fahn-Tolosa-Marin scale). In addition, quality of life was substantially improved in both the ET and PD groups. The study was presented at the Radiological Society of North America (RSNA) annual conference, held during November 2019 in Chicago (IL, USA).

“As a minimally invasive approach, focused ultrasound has advantages over deep brain stimulation, including a reduced risk of complications from bleeding and infections,” said lead author radiologist Federico Bruno, MD, of the department of biotechnological and applied clinical sciences. “Another advantage is the immediate effect this treatment provides, unlike deep brain stimulation which requires a break-in period for the electrostimulation. Additionally, treatment with MRgFUS requires shorter hospitalization, and is a fairly well-tolerated procedure even by more fragile patients.”

Focused ultrasound technology is based on nonlinear acoustic mathematical optimization methods to analyze and simulate the propagation of sound in material. The information is then used to enhance the shape of an acoustic lens in such a way that that ultrasound pressure is focused precisely on the location of the tissue to be ablated, while the surrounding tissue retains as little damage as possible.