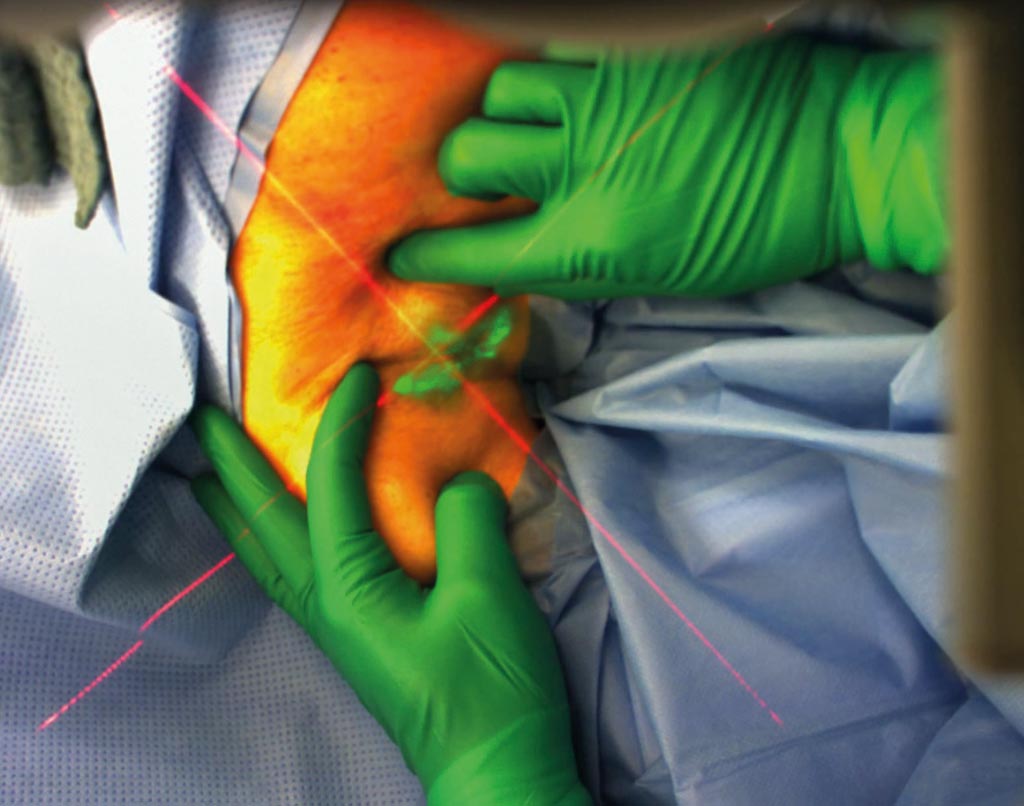 The AR system comprises hardware and powerful medical navigation software, including the data glasses with an integrated camera and two displays, designed specifically for medical applications, as well as two infrared and two visual cameras. These four optical devices are integrated in a cube-shaped unit suspended over the operating table. The software includes an image processing system, which detects fluorescent light emitted by the lymph nodes, uses this data to calculate their 3D coordinates, and displays their position in the data glasses.

IT software also performs the necessary calibration of the hardware system, while sophisticated algorithms perform calculations on the data extracted from the camera images. The entire hardware can be controlled via 3D-ARILE, which also includes the user interface for the operating surgeon. The researchers have conducted numerous tests to confirm that the AR glasses are light and extremely comfortable to wear.

A prototype of 3D-ARILE will be presented to the public by the researchers at the MEDICA trade fair in Düsseldorf from November 13 to 16.