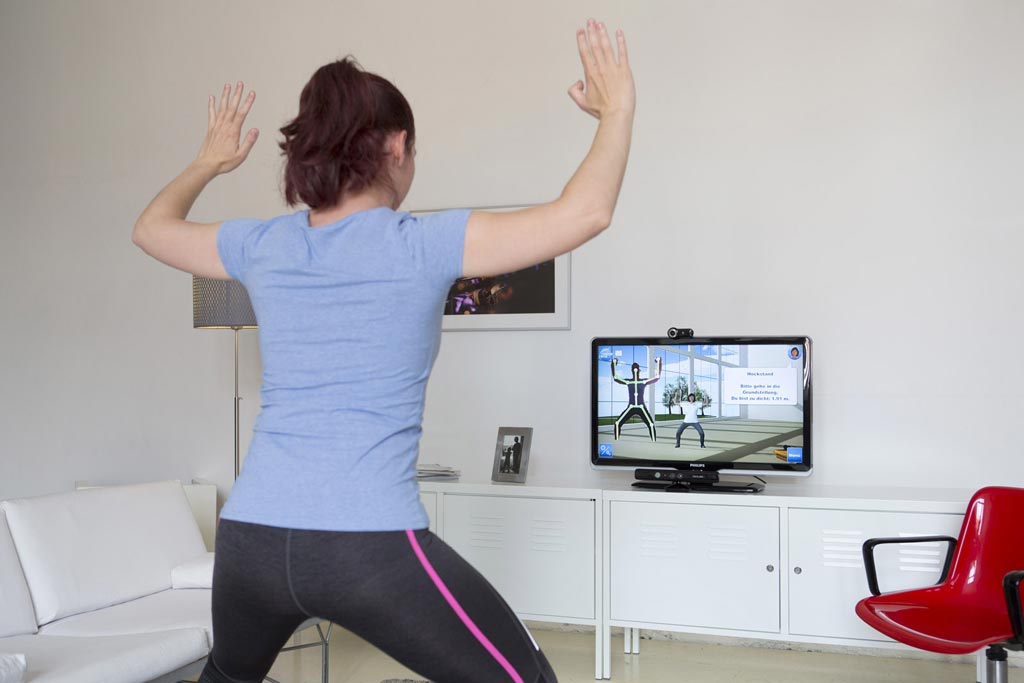 Developed by researchers at the Fraunhofer Institute for Open Communication Systems (FOKUS; Berlin, Germany), the ReMove-It project allows patients to organize rehabilitation efforts more flexibly. At the heart of project are videos recorded by each patient’s respective therapist, with individually tailored exercises demonstrated. Patients need to install a small three-dimensional (3D) webcam with corresponding software on top of a standard TV screen. The treating physician, therapist, and patient remain in constant contact with each other using text, audio, and video messages.

The system’s degree of accuracy is so high that the exercise performance and training success can be measured in real time, using an algorithm programmed by FOKUS researchers that continuously adjusts the patient’s recorded exercise patterns with optimal parameters previously defined together with the therapists, such as the angle or the position of the joints, as well as skeletal data. After completing an exercise, the patient receives feedback concerning the quality of performance in the form of red and green marks attributed to the upper body, arms, and legs.

If patients do not comply with the guidelines, they receive correction instructions during performance of the movement. At the end of each therapy session, the results of the exercises are delivered to the therapists in pseudonymized, encrypted form via the Internet, including documented movement data. The supervising physician and therapist can thus have an overview of the level of performance and serial development and improvement of the patient in order to optimally adapt the treatment plan to therapy progress.

“The therapists can organize their treatment plans more flexibly. For example, home-office models for them are now conceivable,” said Michael John, PhD, of FOKUS. “By 2019, we plan to offer a medical device that costs between 29 and 49 euro per month. At the same time, we’re testing its use for other common diseases that can be treated with exercise therapy, such as cardiovascular disease or Parkinson’s.”