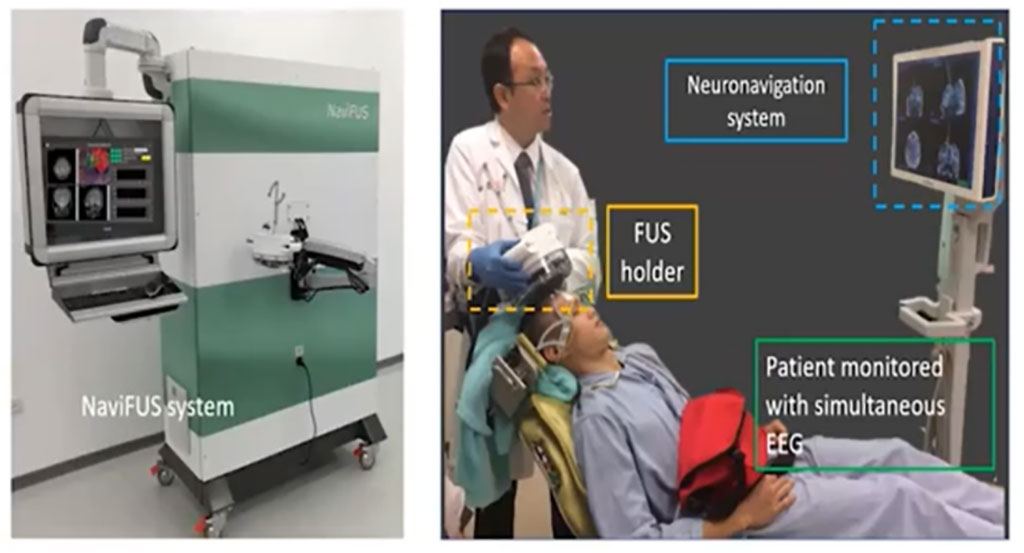 Researchers at National Yang Ming Chiao Tung University (NYCU; Taipei, Taiwan), Taipei Veterans General Hospital (Taiwan), and other institutions conducted a study in six DRE patients who were scheduled to undergo stereo-electroencephalography (SEEG) for localization of the seizure onset zone (SOZ), providing a window of opportunity to investigate the neuromodulatory effects of FUS. Simultaneous SEEG recordings were obtained during sonication and for three days after treatment to monitor seizures, interictal epileptiform discharges, and adverse events.

The results revealed a decrease in seizure frequency in two patients within the three-day follow-up, with significant changes in spectral power of SEEG noted at the targeted electrodes during FUS; one patient showed an increase in the frequency of subclinical seizures. Magnetic resonance imaging (MRI) revealed neither lesion nor brain edema. One patient reported subjective scalp heating during FUS, and one patient developed transient naming and memory impairment that resolved within three weeks. The study was published on November 2, 2021, in Epilepsia.

“Neuromodulation is an alternative treatment for drug-resistant epilepsy. Compared with the present modalities used in neuromodulation for epilepsy, focused ultrasound can access deeper brain regions and focus on the main target of the epileptic network in a relatively less invasive approach,” said senior author Hsiang-Yu Yu, PhD, of VGHTPE and the NYCU Brain Research Center. “It gives new hope and sheds new light for patients with drug-resistant epilepsy.”

Focused ultrasound is based on nonlinear acoustic mathematical optimization methods to analyze and simulate the propagation of sound in material. The information is then used to enhance the shape of an acoustic lens in such a way that that ultrasound pressure is focused precisely on the location of the tissue to be treated, while the surrounding tissue retains as little damage as possible.