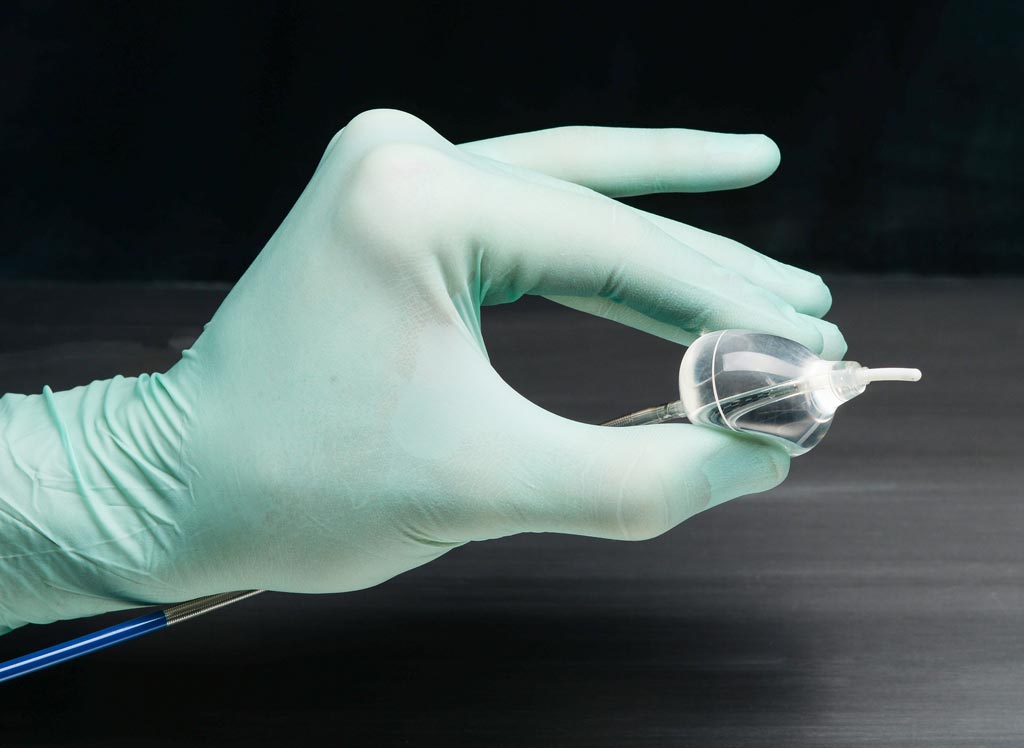 The CardioFocus (Marlborough, MA, USA) HeartLight X3 System combines direct tissue visualization, titratable laser energy, and compliant balloon technology to enable uninterrupted, high-speed, circumferential lesion creation under direct control of the physician, resulting in consistently reduced procedure times. The system is based on a near infrared (NIR) laser and a deflectable sheath that provides transseptal access to all four pulmonary veins. In a pivotal confirmatory evaluation study, the HeartLight X3 System achieved PVI in just three minutes for a single vein, potentially completing all required ablations in less than 20 minutes.

During the procedure, the HeartLight X3 Balloon is delivered using fluoroscopic guidance via a catheter; once in position, it is inflated. An integrated micro-endoscope is then used to visualize the placement of the balloon relative to the ostium of the vein. The physician can then use the endoscopic image to plan and execute the location of each arc of NIR laser light, placing overlapping arcs of light into the atrial wall around each vein. The scar tissue formed creates a conduction block with just several 20-30 second energy deliveries.

“Our clinical results using the HeartLight X3 System have been outstanding, with unprecedented treatment speed and precise lesion creation,” said study lead investigator Boris Schmidt, MD, of Cardioangiologisches Centrum Bethanien (Frankfurt, Germany). “Based on our experience with the device, we feel confident that the HeartLight X3 System is poised to change the way atrial fibrillation ablation is performed in Europe.”

PVI was developed to prevent focal triggers in the pulmonary veins from initiating episodes of AF. The procedure initially involved focal ablation with a catheter directly in the pulmonary veins, but isolating the pulmonary veins by applying ablation energy at their junction with the left atrium was found to be more effective. The PVI procedure is most suitable for patients whose recurring symptomatic episodes of AF that have not been suppressed by anti-arrhythmic drugs, or who do not wish to take long-term anti-arrhythmic or anticoagulation medications.