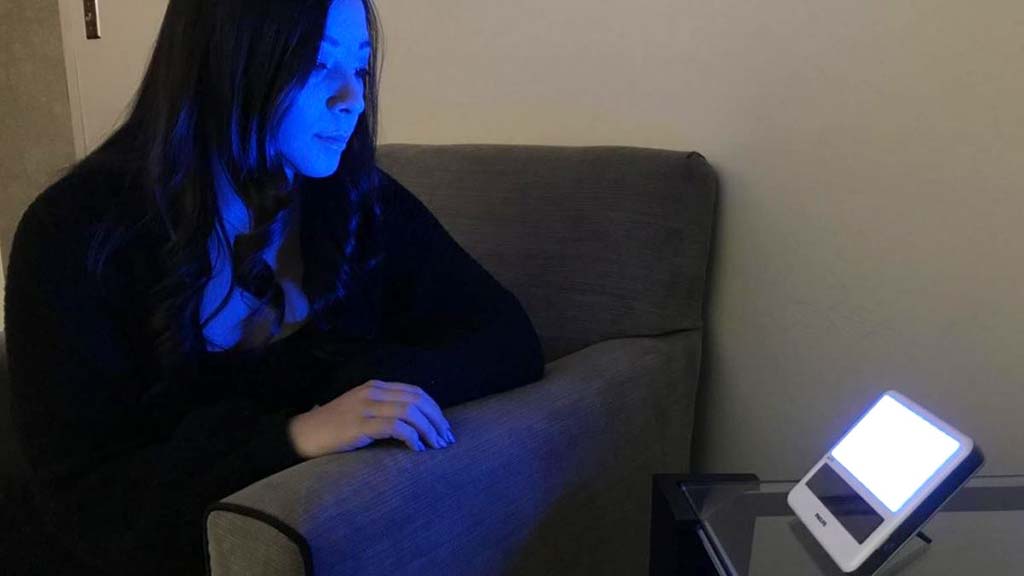 According to the researchers, blue light suppresses brain production of melatonin. Exposure to blue light in the morning shifts the brain's biological clock so that is produced earlier, aligning it with the natural circadian rhythm. The results showed that relative to placebo, morning blue light led to phase-advanced sleep timing, reduced daytime sleepiness, higher executive functioning, increased GMV of the posterior thalamus, greater thalamo-cortical functional connectivity, and increased axonal integrity. The study was published in the February 2020 issue of Neurobiology of Disease.

“The circadian rhythm is one of the most powerful influences on human behavior. Daily exposure to blue wavelength light each morning helps to re-entrain the circadian rhythm so that people get better, more regular sleep. This is likely true for everybody, but we recently demonstrated it in people recovering from mTBI,” said lead author Professor William Killgore, MD. “That improvement in sleep was translated into improvements in cognitive function, reduced daytime sleepiness, and actual brain repair.”

Melatonin, discovered in 1958, is a hormone released by the pineal gland that regulates the sleep–wake cycle. It is involved in synchronization of the circadian rhythm, including sleep-wake timing and blood pressure regulation. For most animals, the timing of sleep and wakefulness is in synch with the circadian control of the sleep cycle and all other circadian-controlled rhythms. Humans, on the other hand, have the unique ability to cognitively override their internal biological clock and its rhythmic outputs.