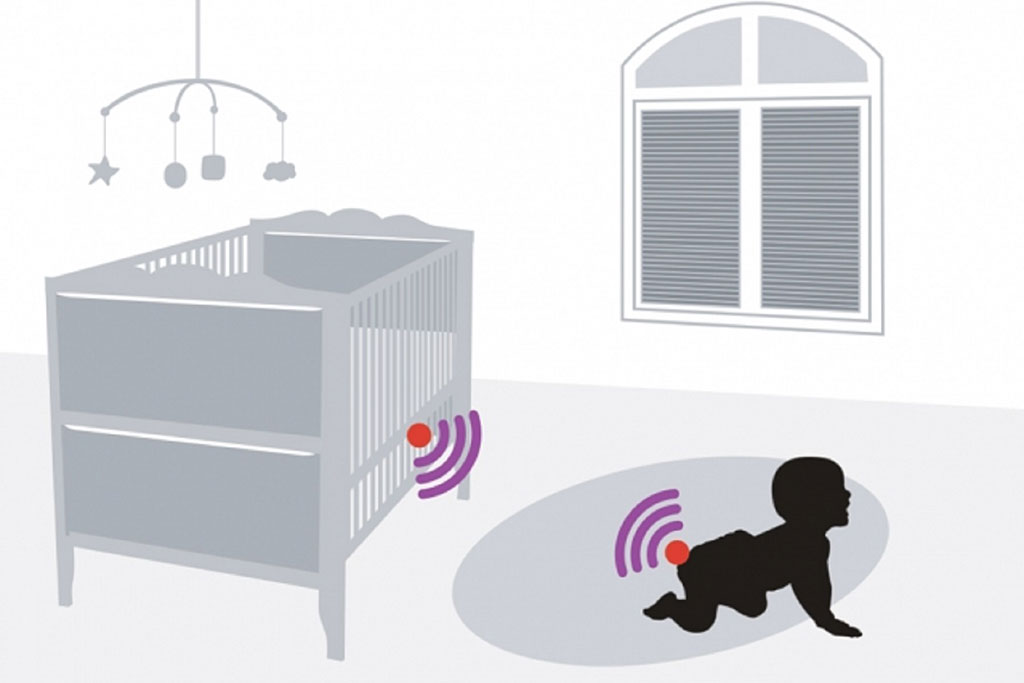 Image: RFID tags embedded in diapers can alert when they are wet (Photo courtesy of MIT)
A new study describes how a diaper embedded with a moisture sensor and a passive radio frequency identification (RFID) tag can alert a caregiver when it becomes wet.

Developed at the Massachusetts Institute of Technology (MIT, Cambridge, MA, USA) and Michigan State University (MSU; East Lansing, USA), the diaper is based on a disposable moisture sensor that consists of a passive ultrahigh frequency (UHF) RFID tag placed below a layer of a hydrogel super absorbent polymer (SAP), commonly used in diapers to soak up moisture. When the hydrogel becomes wet, the material expands and becomes electrically conductive, enough to trigger the RFID tag to send a signal to a reader placed up to one meter away.

The sensor itself resembles a bow tie, the middle of which consists of a RFID chip connecting between the two distal triangles, each made from SAP. When wet, the material properties of SAP change, and the hydrogel becomes weakly conductive; adding a small amount of copper boosts conductivity so that the RFID tag can react to radio signals emitted by the RFID reader. The RFID tags used are low-cost (about two US cents) and disposable, and can be printed in rolls of individual stickers, similar to barcode tags. The study was published on December 2019 in IEEE Sensors Journal.

“An RFID reader connected to the internet could be placed in a baby's room to detect wet diapers, at which point it could send a notification to a caregiver's phone or computer that a change is needed,” said lead author Pankhuri Sen, BSc, of the MIT AutoID Laboratory. “Diapers are used not just for babies, but for aging populations, or patients who are bedridden and unable to take care of themselves. It would be convenient in these cases for a caregiver to be notified that a patient, particularly in a multibed hospital, needs changing.”

An RFID tag consists of a tiny radio transponder. When triggered by an electromagnetic interrogation pulse from a nearby RFID reader device, the tag transmits digital data, usually an identifying inventory number, back to the reader. There are two types of tags; passive tags are powered by energy from the RFID reader's interrogating radio waves, while active tags are powered by a battery, and thus can be read at a greater range, up to hundreds of meters.