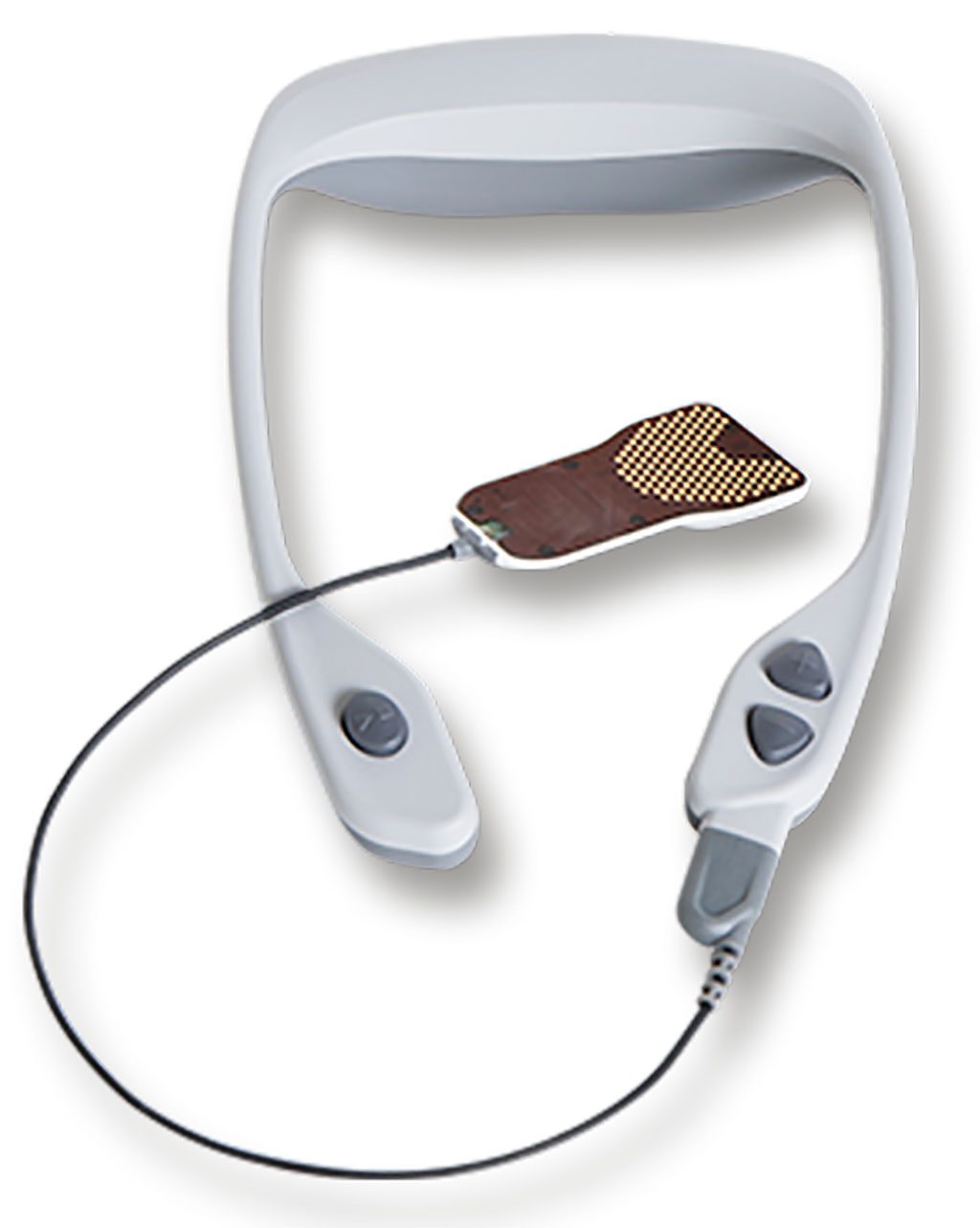 The Portable Neuromodulation Stimulator (PoNS), a product of Helius Medical (HMT; Newtown, PA, USA), is a non-implantable device that delivers mild neuromuscular electrical stimulation to the dorsal surface of the tongue, a process called translingual neurostimulation (TLNS). TLNS stimulates both the trigeminal and facial nerves, creating a flow of neural impulses that are then delivered directly into the brain stem. From there, these impulses activate or reactivate neurons and structures involved in human function--the cortex, spinal cord, and potentially the entire central nervous system.

PoNS consists of a controller and a connected mouthpiece, held lightly in place by the lips and teeth. The controller, draped around the neck during therapy, sends signals to the tongue via the mouthpiece; in turn, receptors on the tongue send millions of neural impulses to the brain through natural pathways. PoNS is intended as a short term treatment (up to 14 weeks) of gait deficit due to mild and moderate MS symptoms, and mild-to-moderate traumatic brain injury (TBI), in conjunction with physical therapy. Therapists can connect view usage data and identify potential areas of missed or shortened sessions.

Multiple sclerosis is an inflammatory disease in which the fatty myelin sheaths around the axons of the brain and spinal cord are damaged, leading to demyelination and scarring as well as a broad spectrum of signs and symptoms, such as problems with walking and balance, which interfere with daily activities, but or manageable. The most common walking problem is unsteady, uncoordinated movements (known as ataxia) due to damage to the areas of the brain that coordinate muscle balance.