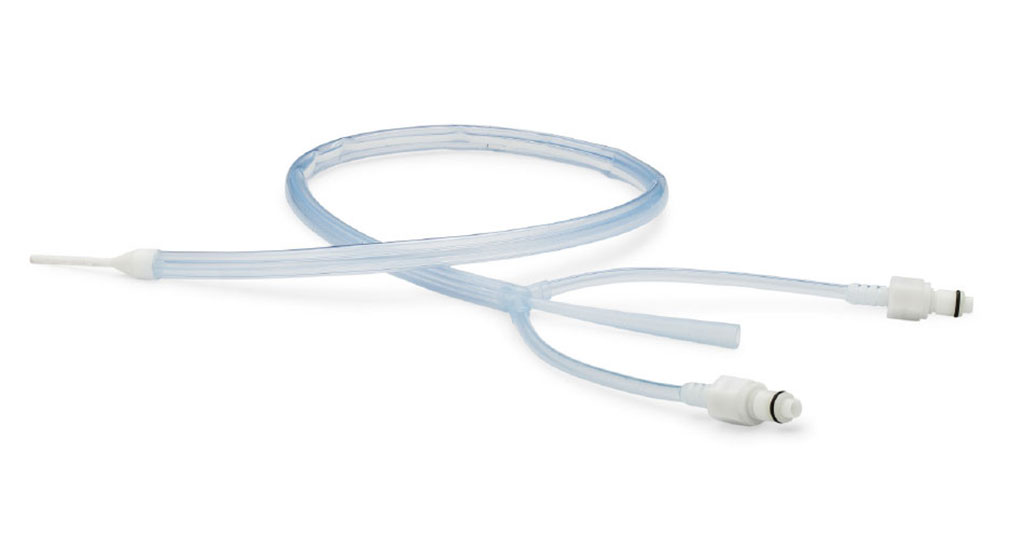 The ensoETM, a product of Attune Medical (Chicago, IL, USA;) is a single-use silicone tube (similar to a standard orogastric tube) that is inserted into the esophagus to control patient temperature via a closed-loop system. The device is positioned at the core, close to the great vessels and the left atrium of the heart. Once in position, water circulates from an external heat exchange unit. The ensoETM is currently used for body-temperature control, either warming in the intensive care unit (ICU) after surgery or for burn victims, or for cooling after head trauma, cerebral hypoxia, or in cases of high fever.

In a study conducted at St George's University of London (SGUL; United Kingdom;), 188 patients were assigned to esophageal placement of the ensoETM (protected group) or a temperature probe (control group) prior to AF ablation. The results showed that mucosal injury occurred in 3.3% of protected patients and in 20% of control patients. Procedure duration averaged 186 minutes and varied between groups by less than one minute. At three months, there were no significant differences among groups in gastroparesis symptoms index or in gastroesophageal reflux disease (GERD) scores. The study was presented at the European Heart Rhythm Association Congress 2020.

“The device protected the esophagus significantly from mucosal injuries, so burns to the esophagus were significantly more common in the unprotected group,” said study presenter consultant cardiologist Mark Gallagher, MD. “Which patients would develop lesions was largely unpredictable, but there was a trend toward more lesions in patients who had a posterior wall line. Performance about that line did increase the risk of plexus injury and of mucosal injury, not surprisingly. Other than that, we were not good at predicting who's going to get a lesion.”

Esophageal injury during AF ablation accounts for about half of the mortality during the procedure, and is by far the largest cause of death. Previous strategies to protect the esophagus have been inadequate, including the use of proton pump inhibitors, to esophageal deflection, to infusing small amounts of cold water at a time into the esophagus. And esophageal temperature-monitoring probes could increase thermal injury and slow the procedure.