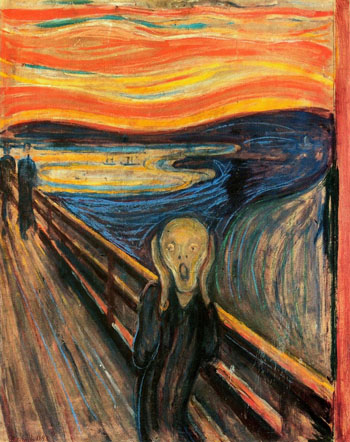 Researchers at the University of Adelaide (UA; Australia), the Medical University of Vienna (Austria), and other institutions conducted a study in 40 patients in Austria to explore if a probabilistic model that combine medical historical, clinical risk factors, oxidative stress and cell membrane fatty acids biomarkers, and resting quantitative electroencephalography (qEEG), could improve the identification of patients with ultra-high risk (UHR) of psychosis.

The researchers then analyzed concurrent and baseline data of the study cohort, who overall exhibited a 28% one-year transition rate to psychosis. They then clustered several significant variables into historical (history of drug use), clinical (Positive and Negative Symptoms Scale [PNSS] and Global Assessment of Function [GAF] scores), and biomarker (total omega-3, nervonic acid) groups, and calculated the post-test probability of transition for each group separately and for group combinations, using the odds ratio form of Bayes’ rule.

The results showed that the combination of all three variable groups vastly improved the specificity of prediction. The model identified over 70% of UHR patients who transitioned within one year, compared with 28% identified by standard UHR criteria. The model classified 77% of cases as very high or low risk based on history and clinical assessment, suggesting that a staged approach, which reserved fatty-acid markers for 23% of cases remaining at intermediate probability following bedside interview, could be the most efficient. The study was published on September 20, 2016, in the Translational Psychiatry.

“Currently, all patients in the ultra-high risk group are considered to have a similar chance of a future psychotic episode; however, we have been able to identify high, intermediate and low-risk groups. The model may help clinicians to decide when a patient's risk of psychosis outweighs any side effects of treatment,” said lead author psychiatrist Scott Clark, MD, of the University of Adelaide. “Fatty acids such as omega-3 and nervonic acid are critical for the normal functioning of the brain, and low levels have been associated with the development of psychosis in high-risk groups.”

The concept of clinical UHR for psychosis was developed to facilitate early detection and intervention, and is defined by a cluster of subthreshold psychotic symptoms. These can include perceptions, such as hallucinations; thinking - for example, ideas of reference, odd beliefs, or magical thinking; and trait risk factors like a family history of psychosis. These are accompanied by impairment in day-to-day function. In recent meta-analysis, studies show that less than 30% of UHR patients will have transitioned to psychosis three years after identification.