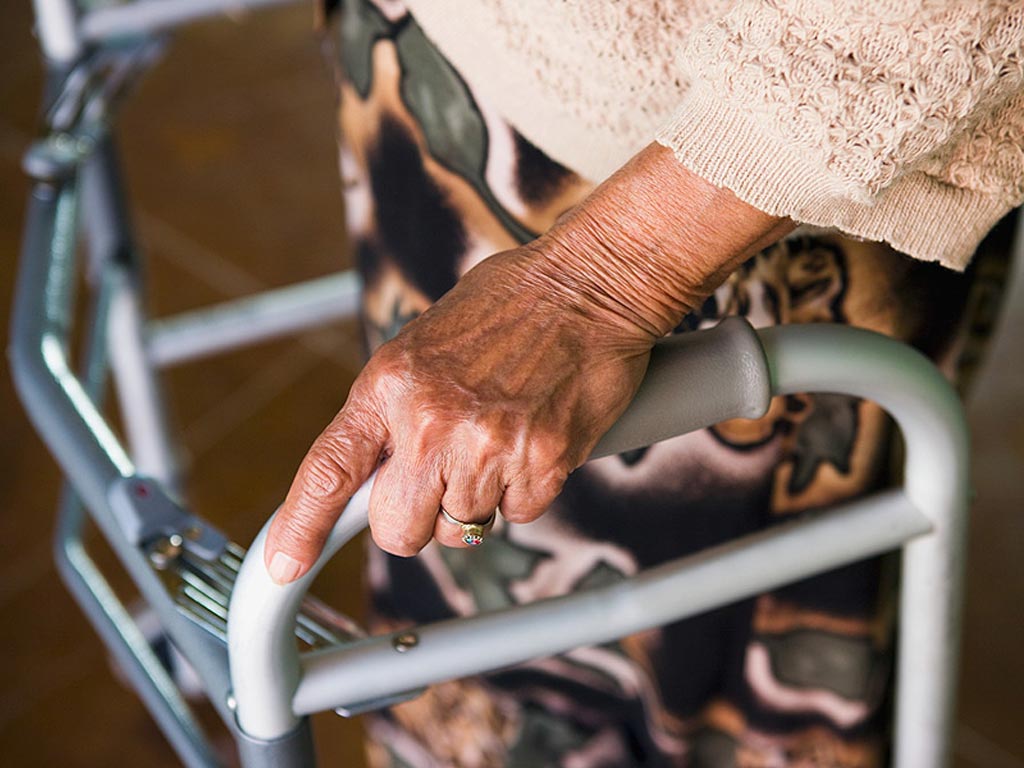 Image: A new study suggests taking many drugs encourages frailty in the elderly (Photo courtesy of Shutterstock).
A new study reveals that people taking more than 10 medicines are twice as likely to become frail within three years as people who take less than five.

Researchers at the German Cancer Research Center, the University of Heidelberg, and other institutions conducted a longitudinal, observational cohort study involving 3,058 community-dwelling adults aged 57 to 84 years in Saarland (Germany) to investigate the relationship between polypharmacy and frailty. Polypharmacy and hyper-polypharmacy were defined as the concomitant use of five or more and 10 or more drugs, respectively.

The results revealed that people who were at risk for frailty, as well as those who were already frail, were more likely to be in the polypharmacy or hyper-polypharmacy groups compared with people who were not. The researchers also concluded that those who took 5-9 medicines were 1.5 times more likely to become frail within three years, when compared with people who took fewer than 5 medications, while those who took more than 10 medicines were twice as likely to become frail within the same time period. The study was published on December 26, 2016, in the Journal of the American Geriatrics Society.

“Further research should address the potential benefit of reducing of inappropriate polypharmacy and better pharmacotherapeutic management for preventing medication-associated frailty,” said lead author Kai-Uwe Saum, PhD, MPH, of DFKZ. “In a perfect world, your physician would talk about your medications with a pharmacist and a geriatrician. This might help to reduce avoidable multiple drug prescriptions and possibly also lessen medication-induced risks for frailty and other negative effects of unnecessary, avoidable polypharmacy.”

Frailty is theoretically defined as a clinically recognizable state of increased vulnerability resulting from aging-associated decline in reserve and function across multiple physiologic systems, such that the ability to cope with everyday or acute stressors is comprised. In the absence of a gold standard, frailty has been operationally defined as meeting three out of five phenotypic criteria: low grip strength, low energy, slowed waking speed, low physical activity, and/or unintentional weight loss.